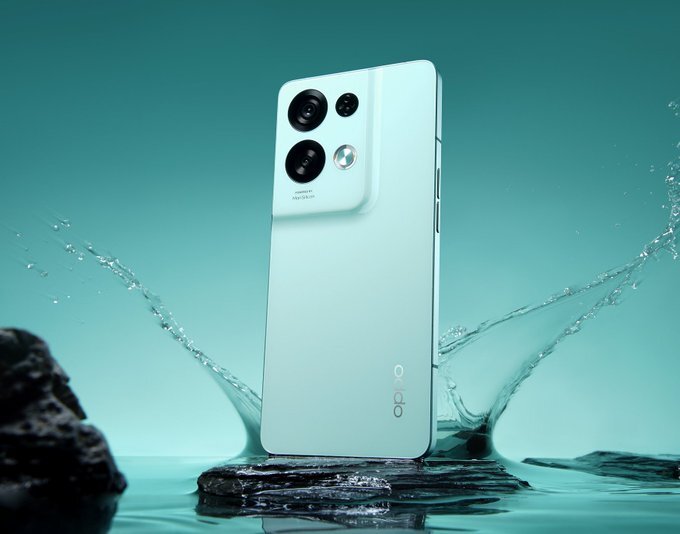 Oppo has finally revealed the Reno8 Series featuring three new devices, two of which are powered by MediaTek Dimensity chips and one device featuring the Snapdragon 7 Gen1 which was recently unveiled. Let us take a look at the detailed specs of the phones in the lineup.

The Oppo Reno8 Pro+ will be the best phone in the lineup featuring a 6.7″ OLED display with a 120Hz refresh rate. It has a 32MP selfie shooter on the front along with autofocus capabilities as well. This feature is restricted to only the Pro+ model.

Apart from this, the device flaunts thin bezels, a thin 2.37mm top and bottom bezels while the side bezels measure just 1.4mm which as per Oppo is the slimmest on any Reno device. In terms of the chip, we see the MediaTek Dimensity 8100 chip that has been paired with 12GB LPDDR5 RAM along with 256GB UFS 3.1 storage. On the rear, we get a 50MP Sony IMX766 sensor with the MariSilicon NPU chip, it offers better AI noise reduction along with 4K Ultra Night video.

The Oppo Reno8 Pro is the first smartphone to debut the Snapdragon 7 Gen1 chip that is built on a 4nm process along with a Kryo CPU cluster that clocks in at up to 2.4GHz along with an Adreno 662 GPU. The device features the Mari X Silicon NPU as well.

The Oppo Reno8 vanilla variant arrives with a 6.43″ AMOLED display with a 90Hz refresh rate. This device arrives with the MediaTek Dimensity 1300 chipset that is paired with 8GB/12GB RAM configurations and 128GB/256GB UFS 3.1 storage.

It will be available in a Black, Blue, and gradient color variant as well.