Intel Arabian Cup by Riot Games kicks off: Here are all the details 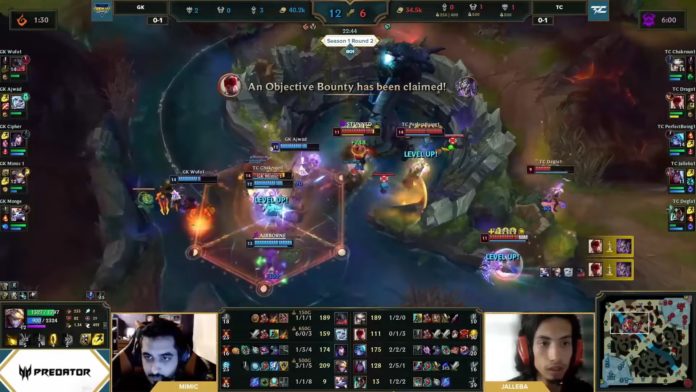 Dubai, 24th May 2022: The biggest edition of the Intel Arabian Cup, organised by Riot Games, has got underway as teams in the Middle East and North Africa (MENA) region began their quest to reign supreme.

As part of its aim to deliver an immersive gaming event, Riot Games has partnered with Intel, Coca Cola, Acer (Predator), Hardee’s, Logitech and Coda Payments (Codashop) to provide a platform for professional and amateur teams to showcase their talent over the next seven months while connecting with thousands of online fans on popular streaming platforms.

All You Need to know about Intel Arabian Cup 2022

This year’s Intel Arabian Cup, which has the biggest prize fund $130,000 USD, kicked off with the top-tier Prestige Division as the teams look to advance in the League of Legends game format. The expanded tournament also sees the introduction of Riot Games’ popular titles WildRift and VALORANT for the first time where the Playground amateur events will be contested in June.

Besides the best amateur talent in action, the IAC has attracted some of the best professional sides across the MENA region. Among those that will be aiming to taste victory in the Grand Finals of the Prestige Division are reigning champions Geekay Sports (KSA), Fox Gaming (Morocco), Anubis Gaming (Egypt) and Lost Esports (UAE).

With stern competition and closely-fought matches expected, fans across the region can watch the action unfold live with Riot Games streaming the matches live on YouTube and Twitch. Updates will also be posted on Facebook, Twitter, and Instagram.

Luciano Rahal, Communications Manager at Riot Games MENA, said: “After months of careful planning of working towards creating an even better experience for both fans and participants, we are thrilled to see that the third edition of the Intel Arabian Cup is finally underway.

“There’s still a long way to go before we see the champions crowned but fans can keep up to date by watching the matches live on Twitch or checking out our informative social media content at every stage of the tournament. It promises to be our most exciting tournament so far in the history of IAC with more teams in action and I encourage our gaming community to come together and watch some incredible talent across the region.”

Michele Montecchio, Country Manager of Acer Middle East, said: “Gaming is at our core, and this is reflected with Acer Predator’s comprehensive gaming lifestyle ecosystem. Varying from hardware and software to gaming chairs and a 5G Gaming Router, we prioritize gamers’ diverse needs and aim to provide them with the best and most immersive gaming experience possible. We’re extremely committed to gaming community platforms and gaming tournaments, which is why we’re excited to be partnering with Riot Games for the Intel Arabian Cup. It’s tournaments like these that allow us to empower gamers and connect with them at a grassroots level.”

Tarun Sabhlok, Marketing Director of Coca Cola Middle East, said: “Gaming has become a significant part of young people’s lives who spend a lot of their time on digital platforms. So, it made sense for us to connect with our audiences on platforms they choose and we are excited to meet the players and youth in this region through the Intel Arabian Cup whom we’ve partnered with on Riot Games.”

Hussein Hesham Kandil – Hardee’s Regional Marketing Director, said: “Riot Games have been advocates of creating player-focused games for over two decades. We take pride in our audience’s passions and in collaborating with brands that share the sentiment with us. Hardee’s “Go All In” approach is a testament to that. Gaming has evolved into a competitive sport from its humble beginnings – made possible by the hunger of talented individuals ready to go all in. We’re excited to see Hardee’s feed that appetite and celebrate the strides taken in the industry with Riot Games.”