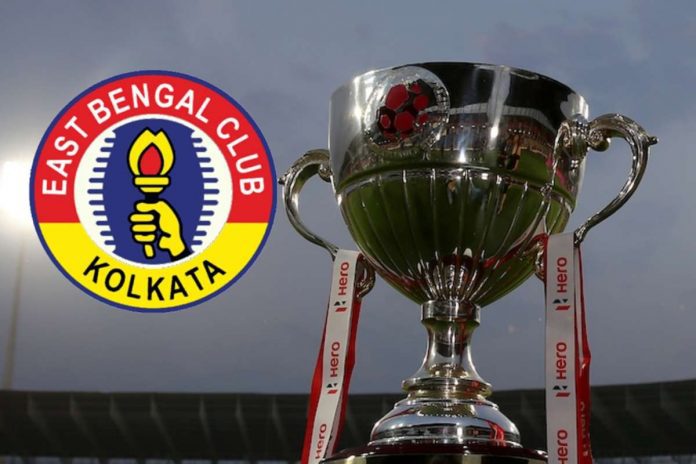 East Bengal was associated with Shree Cements as investors for the last two years as they participated in the Indian Super League. However, there were much confusion and mismanagement as they finished at the bottom places of the ISL table in both seasons.

As reported earlier on our website, East Bengal are in talks with Premier League giants Manchester United. It seemed they were looking to secure an investment from United which is a ‘key objective’ for the club ahead of the new season.

BCCI president Sourav Ganguly reportedly handed in an informal proposal to the club. The former India captain is known to be an admirer of the Premier League club and is trying to help the Red and Gold brigade secure their objective to become a force in Indian football again.

Now, Sourav Ganguly has confirmed that East Bengal and Manchester United are in talks over a potential takeover.

Ganguly said, as per quotes in PTI: “Yes, we have spoken to them and others. It will take 10-12 more days. Not investors, they will come as an owner.”

“It takes some time. First, let it reach a stage then we will make a comment. I will speak only after there’s a concrete development.”

This comes as a fresh breath of air for East Bengal as FIFA recently ordered East Bengal to pay Rs 1.65 crores to Iranian player Omid Singh for not paying the salary earlier. If the talks of the potential takeover of East Bengal by Manchester United are true, it will be a huge boost for Indian Football.

Several European clubs have had tie-ups with ISL franchises, such as Manchester City and the City group incorporating Mumbai City FC. Watford have had a tie-up with Odisha FC, while Scottish champions Rangers have endorsed Bengaluru FC. Lastly, Hyderabad FC have been recognised by German giants Borussia Dortmund.

Manchester United owners, the Glazers have been keen on making an entry into the Indian sports. They had earlier made a bid for an IPL franchise before the start of IPL 2022 but couldn’t win the bid. So maybe this time they would like to make an entry into ISL.

Previous articleCryptoverse: Is the bitcoin chilly night ending soon?
Next articleTips to kickstart a career in Esports