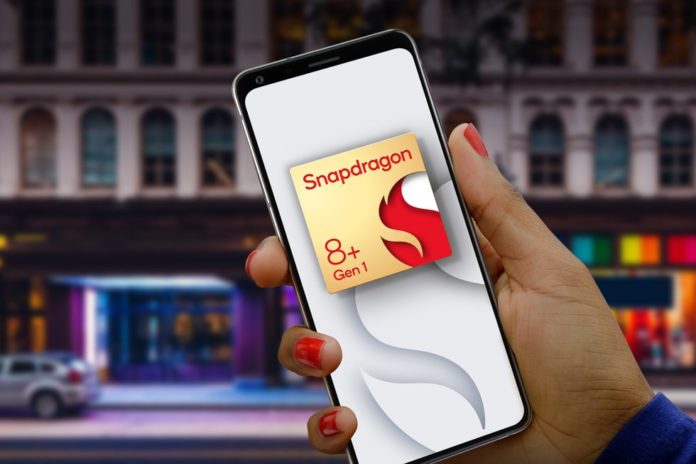 Qualcomm has recently released its latest chipsets, the Snapdragon 7 Gen1 chip, and the Snapdragon 8+ Gen1 flagship. The latter promises to offer 10% better performance in comparison to the Snapdragon 8 Gen1. AnTuTu has shared the benchmark scores of an unknown device that is powered by this chip. So far here is what we know about this mysterious device.

So far we know that some devices that are likely to feature this chipset are the ASUS ROG Phone 6, Realme GT 2 Master Edition, Motorola Edge 30 Ultra, Xiaomi 12 Ultra, OnePlus 10 Ultra, iQOO 10 Series, Samsung Galaxy Z Flip4, and the Galaxy Z Fold4. The first device debuting the chip will release in China in the coming weeks.

The Snapdragon 8+ Gen1 SoC has one 3.2GHz Kryo Prime core, three 2.75GHz Kryo Gold cores, four 2.0GHz Kryo Silver Cores, and Adreno 730 graphics. As per AnTuTu, the memory and UX scores are similar to the current performance offered by the Snapdragon 8 Gen1 chip, however, the CPU and GPU scores have improved by 20,000 to 30,000 points in total.

While the predecessor was a good chip, the phones that are powered by it heat up a lot, and it consumes a lot of battery life while gaming, and multitasking. The latest chip is built with TSMC’s 4nm process and will not heat up as much and it will also be more efficient in terms of battery consumption.