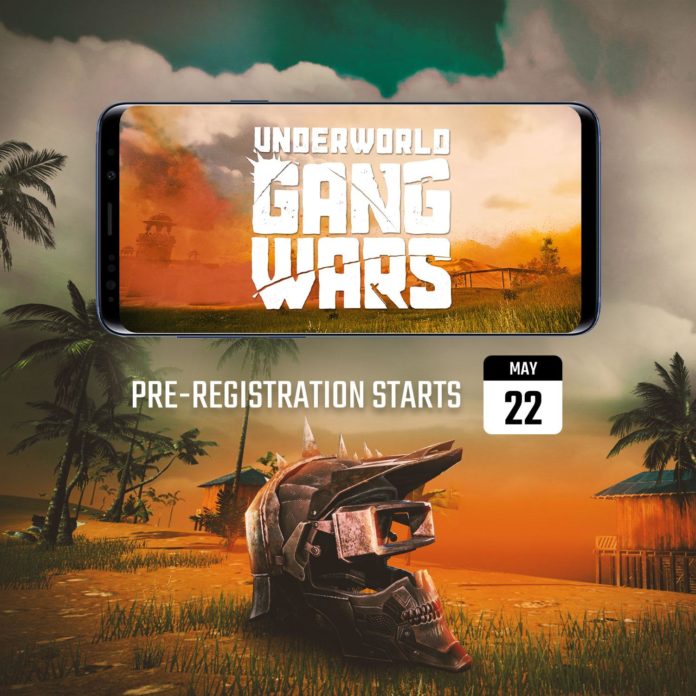 After the phenomenal reveal of India’s first Battle Royale game rooted in India by Mayhem Studios, there is exciting news for the gaming enthusiasts as the wait to finally play the highly anticipated game is getting over soon. Slated to be launched later this year,  the Pre-registration window for the game has started on May 22nd.

With this, gamers from across the country can take their first step towards playing the country’s first AAA battle royale game soon and can pre-register for the game on google play on the link here.

Mayhem Studios has also revealed the first look of “Underworld Gang Wars”(UGW) through its cinematic trailer.  Released on the official youtube channel, the trailer of the much-anticipated game offers a sneak peek into the setting that will surely hype up the anticipation of gaming enthusiasts across the country.

The very first frame of the trailer sets the adrenaline running high as the two central characters “ Tyagi” and “Boris” are revealed walking on a distinctly Indian setup, in true Bollywood style.

The game made by Mayhem Studios looks like the perfect recipe that will get the battle royale fans to go on a frenzy as both the gang leaders are seen in front of buildings set ablaze, carrying their weapons and walking with their respective gangs – “The Bhokal Toli” and “The Velvets”.

The trailer highlights how the game revolves around the rivalry between two gangs and strikes a clear contrast between both. Tyagi and the Bhokalis are the underdog gang while Boris and the Velvets are their arch-rival urban gang.

The costumes, weapons and the vehicles of both the characters highlight a strong sense of Indianness while also reflecting their apparent social divide. Tyagi wearing a humble shirt and Lungi and carrying a hammer is a stark contrast to the more urbane and sophisticated Boris who is seen carrying an assault gun.

Set in a truly Indian plot, UGW represents a unique and unmissable Indian context in a AAA game for the first time. The engaging trailer leaves the viewers wanting for more and leaves it open for them to decide which gang they want to support. Staying true to the Indian sentiments, the # kiskilega is catchy enough to allure them to ponder on which team they want to play with.

With all these elements, the title promises to offer an exemplary gameplay experience that no other Battle Royale game has come up with till now.