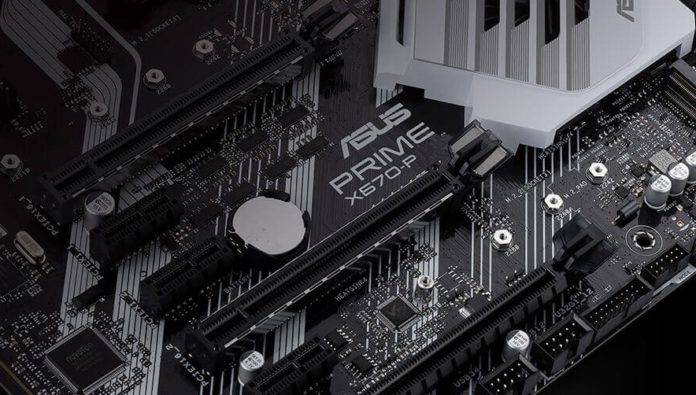 The AM5 ‘LGA 1718’ socket is visible in the center, surrounded by at least a 14 Phase VRM powered by an 8+4 pin power connector layout. AMD’s Ryzen 7000 Desktop CPU family will now have full support. It also has four DDR5 DIMM slots that can support up to 128 GB of memory, though the speeds are yet unclear.

According to prior speculations, the AMD X670 and X670E motherboards will use chiplets, but it appears that there are two different chipsets connected by a common I/O hub. These two chipsets provide the same I/O as a single B650 chipset, but when used together, the I/O is increased by 2x. We should expect both PCIe Gen 5.0 and PCIe Gen 4.0 lanes because this is an X670 motherboard and not an X670E part. A single PCIe 5.0 x16 slot, two PCIe x4 slots, and one PCIe x1 slot are available.

We can expect a huge array of AMD Ryzen 7000 AM5 motherboards based on the X670E, X670, and B650 chipsets at Computex 2022 next week, as Gigabyte and ASRock have already leaked their lineup.