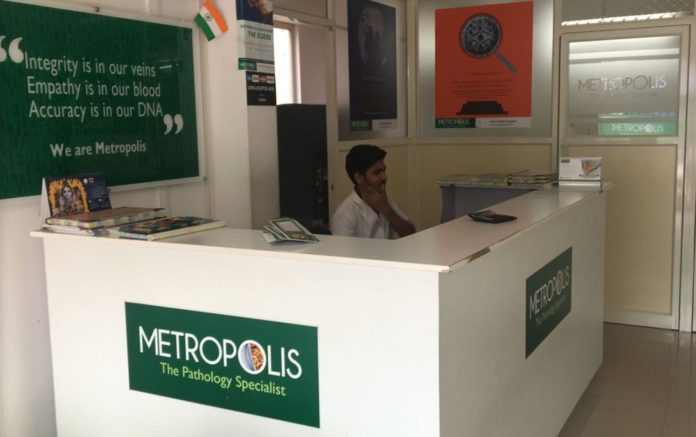 According to persons familiar with the situation, Metropolis Healthcare Ltd., a diagnostics chain with operations in India and Africa, is trying to raise more than $300 million and bring on a strategic partner by selling a major minority stake. And Amazon and Flipkart are trying to get a stake in this Pie.

The company is in early talks with a number of global strategic investors and other possible stock buyers, according to the people, who asked not to be identified because the discussions are private. They said Metropolis, which is listed in Mumbai and has a market capitalization of $1.1 billion, has hired Barclays as an adviser. Existing investors, including the managing director, would most certainly sell main and secondary shares in a deal that might be worth more than $300 million.

Potential strategic investors that have signed non-disclosure agreements with Metropolis include Walmart Inc.-owned store Flipkart and listed health-care network Apollo Hospitals Enterprise Ltd., while Amazon.com Inc. has undertaken early negotiations, according to one of the sources. According to the source, agreements have been reached with global funds such as KKR & Co., TPG Inc., and Barings, while discussions with Blackstone Inc. are underway.

In an email, a Flipkart spokeswoman stated that the company is not making such an investment. Metropolis Healthcare, Amazon, Apollo Hospitals, Barings, Blackstone, KKR, and TPG representatives all declined to comment.

Metropolis stock dropped as much as 3.1 percent due to increasing Competition

They’ve dropped in half since the beginning of the year, owing to a larger tech selloff and concerns about increased competition. In India and Africa, Metropolis operates over 3,000 diagnostic clinics and pathology laboratories. During the epidemic, consumers sought out branded operators for tests and scans, which grew the industry.

Sushil Shah launched the chain in 1981, and his daughter Ameera Shah has subsequently taken it. Ameera Shah presently controls 50% of the company and could sell some of her shares in a secondary transaction to boost the deal’s size, according to a source familiar with the talks.

Diagnostics chains have become targets for Amazon and Walmart, which are expanding their health-care services in India to complement their retail operations. Chronic and lifestyle-related diseases, as well as an ageing population, are driving up spending on preventative health care such as testing in the 1.4 billion-strong country.

Despite the drop in its stock price, Metropolis says it plans to expand. In an exchange filing, the company stated that it aims to open 1,800 collection sites over the next three years. It plans to expand its home collection service to 200 locations within two years, according to a February financial report.

Previous articlePremium smartphones launching this week: Oppo Reno8 Series, Redmi Note 11T, and more
Next articlePremier League 2021/22: Manchester City and Liverpool – The possible scenarios in the battle for one trophy