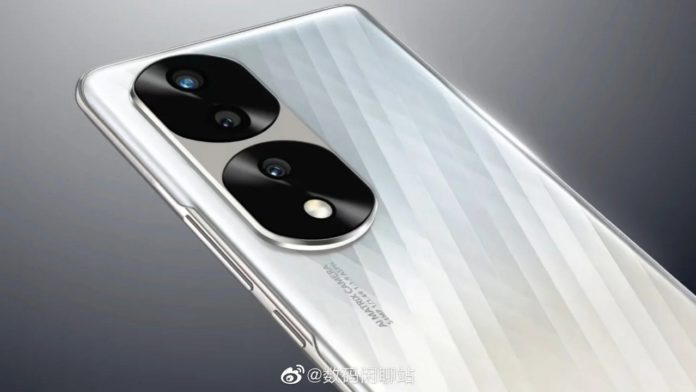 Honor 70 series to launch on 30th of May. They announced the Honor 60 and 60 Pro smartphones in December previous year. This year, in February, the company revealed the Honor 60 SE. Today, the brand also confirmed to launch of the 70 series.

It will hold a launch event at 7:30 PM on 30th of May to announce the Honor 70 series. The series will include three models: the Honor 70, 70 Pro, and a top-end 70 Pro+. The company has released a teaser video to show the design of the next 70 series.

According to the teaser, the series will feature triple rear cameras. There will be a new 54MP 1/1.49″ main rear camera. The other sensors should be ultra-wide and a depth camera.
Unfortunately, the company has not revealed any information on the specifications of the upcoming series.

A diamond sample is embossed into the again that shows gentle from totally different angles. Anyhow, for those who look attentively, you will find the markings of the eccentric digital camera.

As per the CEO George Zhao, it will also have very essential features and functions in terms of design, photography, performance, Vlog, and comprehensive experience.