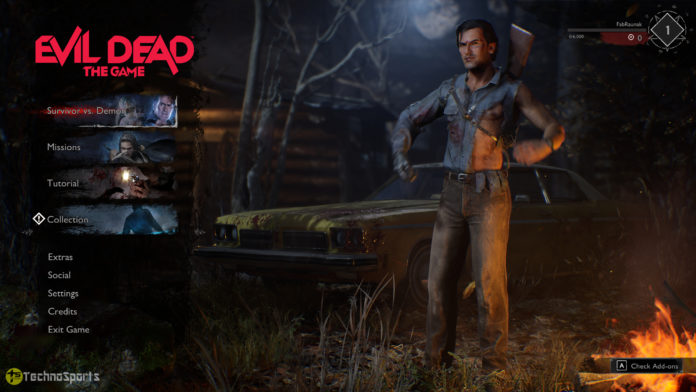 NVIDIA is keeping on adding new games to its DLSS arsenal every now and then as its deep partnership with game devs helps it provide GeForce gamers with free almost lossless upscaling. The DLSS 2.4 brings more clarity to games during upscale and new games like Evil Dead: The Game takes advantage of it.

As you know there are two types of gamers – one who wants to maximize frame rates taking some loss in quality and there are some people who want to upscale without losing quality. For both of them DLSS is great and if you own an RTX 30-series GPU, get the best frame rates to be it at any resolution.

With the new GeForce Game Ready Driver, grab your ‘Boomstick’, and jump into Evil Dead: The Game! GeForce RTX Gamers can enable NVIDIA DLSS to accelerate performance in the game by up to 85% at epic settings, giving them the definitive Evil Dead: The Game experience.

As you know this game is a movie adaptation and while being very affordable, its graphics, as well as gameplay, is quite good. The sound and ambience look and feels evil, so I played it at max settings possible at 1440p and without DLSS, I was getting up to 125 FPS, which varies mostly due to the environment.

With DLSS at Quality, I was getting anywhere around 145 with almost no drop in overall graphics, which goes to show how advanced NVIDIA’s DLSS has become. When used DLSS in Performance mode I was getting frames up to 200 FPS and an average of 179 FPS.

Overall for NVIDIA GeForce gamers, this new Evil Dead: The Game is another game to enjoy as DLSS exclusively increases frame rates without significantly decreasing the graphics quality.