After playing Apex Legends on the desktop for quite some time now, I was eagerly waiting for the Mobile version to finally make its way. Before the official launch recently I have been playing the game for quite some time even before launch and I really enjoyed playing it honestly.

Apex Legends as I remember stood out from the PUBG and introduced something new concept of legends and their special abilities to make the battle royal games even better. Since then Valorant has also got popular but EA’s Apex Legends has its special love among gamers finally we can play it on our smartphones anytime anywhere.

Much like PUBG Mobile and Call of Duty Mobile, the new Apex Legends Mobile brings all the elements you already have known from previous Battle Royal games. It comes with various modes as of now in the section of Battle Royale you will get the default map World’s Edge which you have to play for quite some time to unlock other modes.

After level 5 you can play Multiplayer TDMs on various maps and reach level 8 to play Ranked matches, also you have a Limited Time Mode, inspired by short time modes which we previously saw in PUBG Mobile.

Coming to various legends in the game, at first, you will get Octane and Bloodhound, so, you have to play some matches with them to keep unlocking the other legends like Lifeline or Bangalore. With rewards, points or playing more you could easily unlock a better legend like Mirage or even Wraith.

Obviously, the biggest legend that has been announced recently is Fade who has been on the news already and you have to struggle quite a bit to get him to your team.

The weapons here are quite different from the real-world ones which are more accurate in PUBG Mobile or Call of Duty Mobile but the level of customizations which you could do on PC is here on Mobile as well. In terms of features, I feel EA has done nothing wrong and the weapons in terms of details and accuracy are great!

From landing on the map to playing alongside others in a group of 3, this feels similar to what we have seen previously on the PC version. I hardly felt any difference between both and credit to EA for making this such intuitive and joy to play even on your smartphone anywhere.

It didn’t feel awkward to play using mobile buttons, to move around, shoot or even fire, however, bigger screen phones which have a good grip are best to give a healthy playing experience. I was playing on this flagship OnePlus 10 Pro and the experience was superb I became champion in every match I played comfortably.

I do like the Auto Pickup functionality that easily replaces you with the Ammo you need or the gun you would eventually need, it comes in a lot handy especially if you play on mobile. In terms of overall gameplay, spotting players, going through places in maps, talking with your teammates everything sounds familiar if you have already played Apex Legends before.

Using your Legend’s abilities and playing a team game makes this game even special and also makes the bond even better. If you play well, becoming the champion is not at all difficult only you have to use your wits I feel and also the prolificness to pick out enemies and obviously finish them.

Coming to the graphics of the new Apex Legends Mobile, I strongly feel EA has worked hard to make it almost like the PC version without struggling mobile gamers. Weighing around 3GB with all resources, the game has been well-optimized so that you can have a good experience even on a low-end smartphone.

With the OnePlus 10 Pro, I was playing at the highest setting possible and obviously high refresh rate displays have an edge during gaming. The animation, textures and everything were very smooth to me always, so, overall in this part too EA has worked well.

Having been bored with BGMI and Call of Duty Mobile, this new Apex Legends Mobile is a fresh breather for me and a lot of gamers who love playing Battle Royale games for free. The intense work EA has put through to make the already popular PC game playable on mobile is great and has done a better release than most game publishers do at launch.

The game has already launched yesterday and now can be downloaded as well as played on both iOS and Android! So, head over to Apex Legends Mobile now! 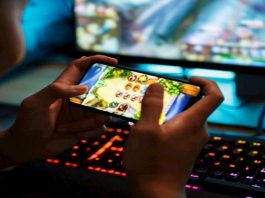 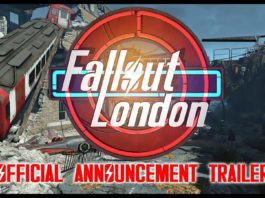 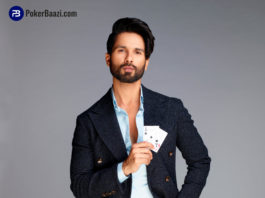