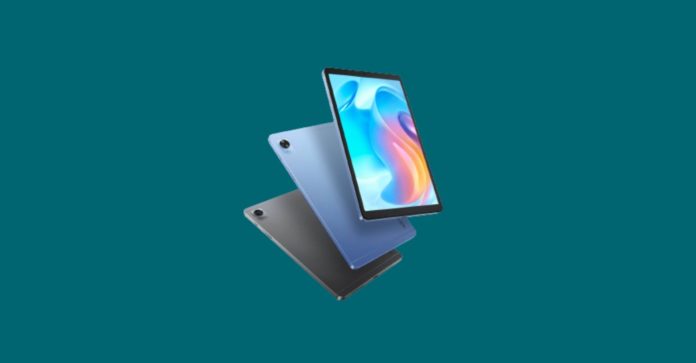 Realme is ready for launch in the Indian market on 29th of April. Ahead of the GT Neo 3 launch, the brand has now began teasing the Pad Mini India launch.

Recently, a micro-site for the Realme Mini has gone live on Flipkart as well as the Realme India Store. Though these launch micro-sites do not disclose the Realme Pad Mini India launch date, we can anticipate that it could make its India debut alongside the GT Neo 3 on 29th of April.

In the recent episode of AskMadhav, Realme Vice President Madhav Sheth also confirmed the presence of a premium tablet, the Realme Pad 5G. He has also shared a teaser photo showing four devices — smartphone, a smartwatch, TWS earbuds, and a tablet. As per Madhav, “The Realme Pad 5G variant is in the making and you shall see some more details on it very soon”.

The Realme Pad Mini was launched earlier this month in the Philippines. The tablet gives an 8.7-inch LCD display with a 1,340 × 800 pixel resolution. It is charged by an octa-core Unisoc T616 processor. The entry-level tablet sports a 6,400mAh battery unit under the display and assists 18W fast charging over a Type-C charging port.

It is armed with an 8MP rear camera and a 5MP selfie camera. It dispense in grey and blue colour options. It offers a 3.5mm audio jack, a micro-SD card slot (assists up to 1TB cards), and a dual stereo speaker setup. It comes pre-installed with Realme UI for Pad, based on Android 11.

Previous articleXiaomi India reportedly paid about INR 4,663 Crore to Qualcomm as part of a royalty remittance
Next articleWestern Digital and Kioxia join heads to produce a 162-Layer NAND by using BiCS NAND by the end of 2022