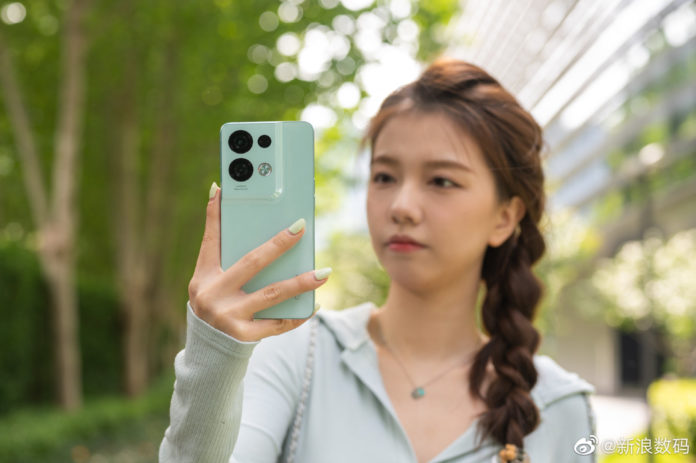 Oppo Reno 8 Pro is anticipated to launch in India by the end of June 2022. Oppo AIoT products will also be announced along the Reno 8 flagship.

The Reno 8 leaked renders displayed a design that features the OnePlus 10 Pro largely. However OnePlus delegate have confirmed that the render is fake and the Oppo Reno does not look like it’s flagship.

The news came from tipster known Digital Chat Station who shared this information on Weibo which is a Chinese microblogging website. In the post, the leakster said that the Reno 8 Pro will be armed with a MediaTek Dimensity 8100 MAX SoC, which is in line with our earlier reports.

He also said that the chipset will be combined with the company’s in house MariSilicon X NPU as well. On the front, the device will sport a 6.7 inch OLED display from BOE that has a FHD+ resolution and a center paralleled punch hole cutout for the 32 megapixel Sony IMX709 selfie shooter.

The rear will feature a triple camera setup or system, which includes a 50 megapixel Sony IMX766 primary sensor. Under the cover, the smartphone will be charged by a 4,500mAh battery pack that supports 80W fast charging.

Reportedly, the Reno 8 Pro will weigh around 183 grams and measure just 7.34mm in thickness. He also shared that the model will be available in different color alternatives. This includes a gray, green, and black color option.

Apart from this, he shared that the Reno 8 series model with the Snapdragon 7 Gen 1 will also feature the MariSilicon X NPU as well.