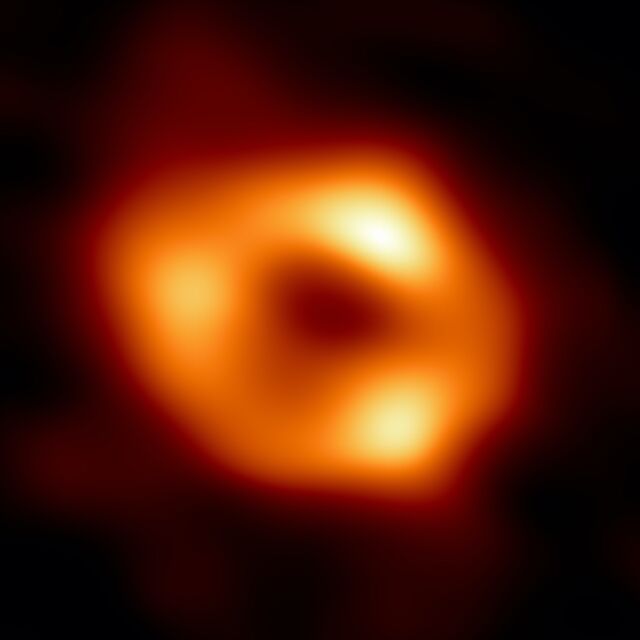 We just saw a photograph of the supermassive black hole in the center of our galaxy, the Milky Way, which was created thanks to human creativity. The Event Horizon Telescope (EHT) array, the Frontera supercomputer at the Texas Advanced Computing Center (TACC), and the National Science Foundation’s Open Science Grid collaborated for five years to make this possible.

The picture of Sagittarius A* (called A-star) and its trapped light reawakens our universe’s dreams and wonder. All of this is located 27,000 light-years away from Earth and depicts a supermassive black hole estimated to be four million times more massive than the sun.

To merge into the released image, the galactic-level work took about 100 million CPU hours and the united efforts of around 300 academics. The features of the black hole can be seen by paying attention to the relatively small amount of light that manages to escape its event horizon.

The researchers used the EHT array’s interferometry, radio wave-based scanning power, which includes eight radio telescopes placed throughout the world, to develop it. However, scanning impossibly far celestial bodies has a lot of drawbacks, including exposure time (the cosmic equivalent of shooting a tree with a 1-second shutter speed on a windy day) and other factors including data noise, particle interference, and celestial bodies. All of this must be taken into account.

The researchers used known physical aspects of a black hole, general relativity, and a variety of other scientific fields to construct a simulation library of black holes

The idea was that this library could interpret the massive quantity of data gathered by the EHT array into an actual, viewable image – but doing so would necessitate a massive amount of power and computing.

“We produced a multitude of simulations and compared them to the data. The upshot is that we have a set of models that explain almost all of the data,” said Charles Gammie, a researcher at the University of Illinois at Urbana-Champaign. “It’s remarkable because it explains not only the Event Horizon data but data taken by other instruments. It’s a triumph of computational physics.”

“We produced a multitude of simulations and compared them to the data. The upshot is that we have a set of models that explain almost all of the data,” said Charles Gammie, a researcher at the University of Illinois at Urbana-Champaign. “It’s remarkable because it explains not only the Event Horizon data but data taken by other instruments. It’s a triumph of computational physics.”

After the project’s success, the researchers want to do something even more extraordinary: instead of a single still shot, they plan to film the black hole over time, catching the dance of wave and particle-like photons to demonstrate the black hole’s dynamics. One can only speculate how many millions of CPU hours will be required.

Rocket fuel from space debris, an ambitious project seeks to develop a gas station in space