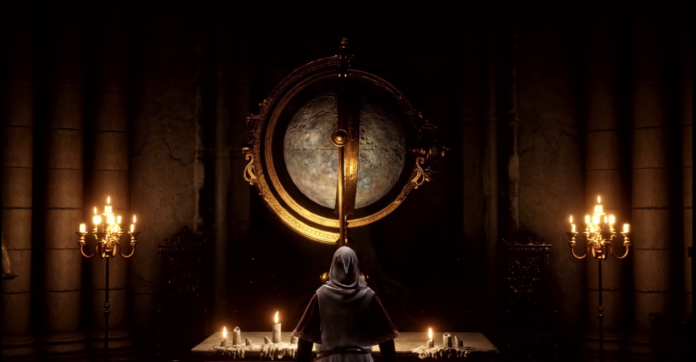 Elden Ring has dropped a new official launch trailer. We will suggest you not watch the trailer as there is a good chance of getting some encounters that will be spoiled. This new trailer has been contained many clips of such tremendous set pieces that will draw on those sills on the fence of purchasing, the gamer who really appreciate such an enigmatic atmosphere and exploration of FromSoftware definitely avoids the launch trailer.

It has been dedicated to FromSoftware’s brand of action RPG  game for Elden Ring has felt excruciatingly long. The Announcement back in 2019 had been followed by a significant period of radio silence from the developer. It is the biggest game from Hidetaka Miyazaki and his entire team at FromSoftware.

The new trailer starts with the introduction of the players as the story of Elden Ring. It also has been revealed that the players also can take the control of the decedent along with the group of such exiled heroes popular as  The Tarnished. After that, it establishes such a mysterious world and reveals such dangerous enemies along with the inhabit these lands. This trailer also briefly runs over the run generosity of Elden Ring and also reveals how they will be able to differ from the overworld.

The trailer also reveals that Elden Ring Focus on the exploration and the freedom of the player, the new video also has given such overview of players like a wide difference of skills and fills with equipment and it also has been allowing them for the complete customization with their build-ups. Later, the trailer highlights the multiplayer component about Elden Ring just before the ending along with more exciting gameplay footage.

This new trailer reveals a lot of things and it is dark. The most interesting fact is the sprawling landscapes and gigantic bosses. It is even a bit flashy for that a big thanks to the battle showcases. The trailer reveals dark souls veterans who desire to reach into the “Elden Ring”.

It is definitely filled with darks  souls  and there  are many new things that we have been learned;

The trailer also introduced players to the world of Elden Ring. It also has been looking like the game will be a  complete package along with several features that also have a lot of variety in its battle design. It also adds many quality-of-life developments as there are sometimes many missing from the other games. In this game From Software will successfully integrate the mechanics from Dark Souls along with a  proper open world.

From Software joined   George R. R. Martin for Elden Ring, and confirms that the world Is seeming to be filling with such popular bits of lore.

This game will be available on PC, PS4, PS5, Xbox One, and Xbox Series X.

This game will hit on 25th  February 2022 and that means only two days are left.

A big thanks for source1, source2, & source.

“Elden Ring”: Everything We Know about the Overview Trailer of the Demigod’s Action Game