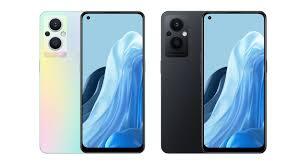 Earlier this month, Oppo released the Reno7 and Reno7 Pro smartphones in India. The company is now working on making the lineup available in other markets worldwide. Oppo Indonesia has already begun teasing the arrival of three other phones, the Reno7, Reno7 Z, and the Reno7 Pro.

Oppo is likely to launch these phones on the 24th of February in the country. Ahead of this launch, the Chinese manufacturer has released the official renders of the Reno7 Z so we get a good look at the design, the manufacturer has also confirmed some of the key specs of the devices.

The Oppo Reno7 Z 5G can be seen in gradient green and black colors. The front of the device has a punch-hole display with a thick chin. Its rear panel has two large camera sensors along with a small secondary lens and an LED flash.

On the right spine of the Reno7 Z, there is a power key, while the left spine has a volume rocker and a SIM tray. A mic is available on the top edge of the device, while its bottom has a 3.5mm audio jack, a mic, a USB Type-C port, and a speaker grille. For security, there is an under-display fingerprint sensor.

Oppo had confirmed that the Reno7 Z will arrive with the Snapdragon 695 chip, it will be juiced by a 4,500mAh battery with support for 65W SuperVOOC fast charging. It will have the Virtual RAM feature as well.

This is what Oppo has confirmed so far but there are a lot more details yet to be revealed which we can expect to be revealed in the coming days. The Reno7 Z could be a tweaked version of the Oppo A96 5G, the availability of which is currently restricted to only China.

The A96 has a 6.43″ OLED FHD+ display with Android 11 OS-based ColorOS 12. The device packs 8GB LPDDR4X RAM with 256GB UFS 2.2 storage. It features the Snapdragon 695 chip, in the optics department, there is a dual-camera system on the rear with a 48MP primary sensor along with a 2MP depth sensor.

On the front, there is a 16MP sensor. The device has a 4,500mAh battery with support for 33W fast charging. The Reno7 Z may offer similar specs but could feature significant improvements.

Previous articleiPhone 14 will likely come with 8GB of RAM
Next articleOppo teases the launch of a tablet, smartwatch, and TWS buds