“The Batman-New Trailer ”The Knight””: The DC trailer reveals Riddler’s Sinister aim to reach The Batman 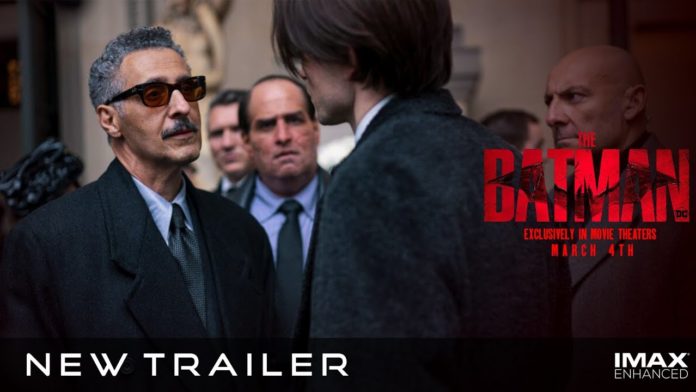 The DC has recently released the official new trailer of The Batman- New Trailer “The Knight”. It seems like the masterpiece on its way. In this Matt Reeve’s The Batman film we will see Robert Pattinson in the pivotal role. This DC Comics Japan has already been filled ore gas onto the fan theory of Riddler. Now it has shared a two-minute-long trailer that is filled with footage and also dialogues, and also contains many small glimpses and plot details.

The Batman-New Trailer ”The Knight”: Plot

The corruption theme for Batman in his early career stories just like returning of “Blind eye” that we have been heard in the countless marketing materials. It just has taken us into the next shot having that exact sequence from where a car has been driven into the building to take apparently out Bruce Wayne. It shows Bruce looking up after the car rams along and he has seen such a strange and mysterious figure on the high balcony covered in darkness with such intense lightening. It is indicating that Riddler has been exposing his dominance over the city and that is the so-called power.  Now the main question is Riddler will be able to reach Batman.

The Batman-New Trailer ”The Knight”: Trailer

The first shot has revealed a scene that Robert Pattinson has just alight from the car and entering the church and looking at the boy who is sitting on a bench, and suddenly a cop siren has been turned on and the entire people in church become worried and stand up looking the reason of coming of the police, suddenly the glass become break down and the police car find blasted. Pattinson is lay down in street. The cop is now giving weaning to get out from the car and show the hands.

In the new trailer, we will see another cartoon who reveals himself and say, “If you are justice, please don’t lie” The man who has held a smartphone and his mouth is colored white. He has clearly revealed his main aim as he has attached a yellow paper on his chest and clearly reveals that he wants to reach The Batman. Robert Pattinson is watching all the things by standing on the road. Now that mysterious voice asking the price of  Batman’s mysterious Blind Eye. After that, it shows the cops have held someone and torturing on him and there is a  cup of coffee with a question mark.

Now the trailer shows that Batman is doing rush driving by accelerating the blue nitro.  Batman is fighting against many antagonists who have held pistols in their hands. Someone is trying to reach him. It also sees cat women. Someone is saying a message on a white paper that “See you in hell”. Now the main things are cleared as it reveals that the Riddler is asking for the Batman.

Now Bruce Wayne means  The Batman is telling to the Cat Woman as she becomes a celebrity. The man who is standing infront of the sunsets is waiting for the answer from Gotham for the sins of his father. The trailer continues with such fantastic dark action thrill.

It seems that it would not be that long before there is nothing left while a  man doesn’t care what will happen to him. The Batman will be seen in such a fantastic action mode, spreading bullets, exhaling blue nitro, and at the end, The Batman had to hold the throat of the white-faced man and throw him to his gang. The trailer ends with a  rush driving of Batman who is breaking things in the night.

It has involving a look at Paul Dano’s Riddler in the civilian clothes and saying to Alex Fern’s Commissioner Savage based on the latest line of the dialogue by Riddler telling,” I’m here to unmask the truth about this city”, and it has just set the stage of the deep corruption in the justice system of Gotham. At the end of the trailer, it will reveal that Batman is opening his mask and say how he become a part of this that he will show as he is chasing a car with his supercar. We are waiting for the fantastic combat of Batman and Riddler.

The Batman-New Trailer ”The Knight”: Cast

It is Warner Bros. Pictures with a  6th & Idaho/Dylan Clark Productions Production as a  Matt Reeves Film, “The batman”.

Previous articleBPL 2022: Comilla Victorians lift the BPL Trophy for the third time
Next article“Star Wars: The Old Republic”: The Cinematic trailer reveals Legacy of the Sith