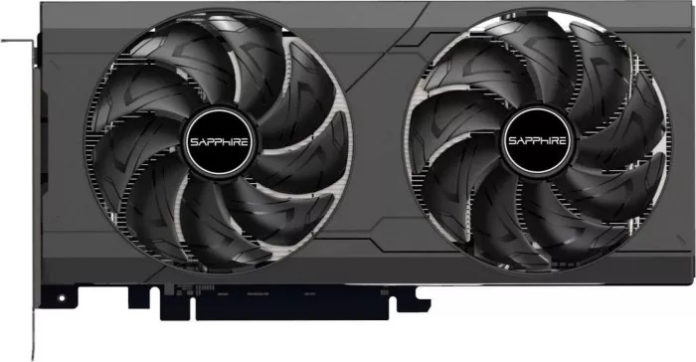 As mining profitability plummets, multiple signals in the industry indicate that interest in crypto mining-specific GPUs is dwindling. We’re seeing indicators that AMD-based crypto mining GPUs are losing value as well. For example, the Sapphire GPRO Radeon’s pricing has dropped by over 40% in the previous month. Nvidia and AMD both seemed to be reporting a sharp decline in their profits due to crypto mining GPU sales.

Last November, Sapphire quietly launched its GPRO family of cryptocurrency-specific graphics cards. The Sapphire GPRO Radeon X080 and X060 accelerators, based on Navi 22 and Navi 23 chips, have proven to be challenging to find in mainstream stores – and even on the manufacturer’s website. However, the cards have been posted for a month on the price comparison website Geizhals (via VideoCardz), allowing us a look at the GPU’s pricing evolution over that period.

The data is eye-opening: the cards’ value has plummeted closer to their reported $846 MSRP, dropping nearly $600 from $1415 to $867 – a 38 per cent drop. Since December, the general cryptocurrency market has been on the decline, making it more difficult for miners and cryptocurrency-minded gamers to recoup their investments in the improving but still pricey GPU market. This comes as the Ethereum blockchain nears its move to Proof of Stake, arguably the most critical factor preventing minors from buying more GPU cards.

Yes, after Ethereum switches to Proof of Stake, other Dagger-Hashimoto-based cryptocurrencies can be mined. Still, none of them is nearly as profitable as Ethereum mining due to their low total price per coin.

Because of increased cooling demand, increased supply levels, and highly inflated pricing, mainstream GPUs from both Nvidia and AMD have fallen in price since December 12th. Users who are still looking to upgrade their graphics cards to the latest AMD and Nvidia devices will likely be put off by this.

This appears to have naturally expanded to cryptocurrency-specific devices, such as the Sapphire GPRO X080, and Nvidia’s Crypto Mining Processor (CMP) products are likely to follow suit. For example, Geizhals now has a single, top-of-the-line Nvidia CMP170HX card available for pre-sale at an eye-watering €4,699 ($5,332).

Surprisingly, the price drop of roughly 38% appears to be consistent with AMD and Nvidia’s mainstream RX 6000 and RTX 3000-series GPUs. However, considering how their headless design (i.e., no visual outputs) renders these cards ineffective as main system drivers, one would expect cryptocurrency-specific graphics card pricing to plummet faster.