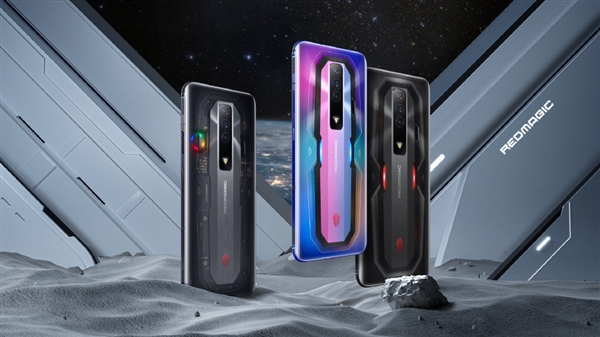 The Red Magic 7 Series has been launched in China. This is the company’s latest flagship gaming smartphone and it will arrive with top-notch specs and features. Let us take a detailed look at the specs of these devices:

The Red Magic 7 is the latest flagship gaming smartphone from the company, the device features a 6.8″ OLED display with an FHD+ resolution that offers an impressive 165Hz refresh rate. With this frame rate, the panel is likely to be great for mobile gamers.

Under the hood, the Red Magic 7 packs the Snapdragon 8 Gen 1 chip and it runs on Android 12 OS out-of-the-box. The processor has been paired with 8GB/12GB RAM and up to 512 GB internal storage.

The device has a 4,500mAh battery with 120W fast charging support. The brand has focused more on cooling, with the device featuring the ICE 8.0 cooling system, which includes an RGB fan that spins at 20,000 RPM. It also houses nine heat dissipation materials as well such as a large VC liquid cooling plate.

On the other hand, it also arrives with sensors such as an accelerometer, gyro, and proximity sensor, apart from this there is a compass, USB Type-C port, Bluetooth v5.2, WiFi 6, dual-stereo speakers, 3 mics, and a 3.5mm headphone jack. In the camera department, the device has a triple camera setup on the rear with a 64MP shooter paired with an 8MP ultrawide-angle lens and a 2MP macro shooter.

The Red Magic 7 Pro is the top variant that features many of the same features as the base variant but with a few minor additions. This includes the Red Core 1 chip, a dedicated chip that has been designed to enhance the gaming experience on its latest flagship offering.

In terms of gaming, the device offers shoulder triggers as well, which when paired with the Red Core 1, offers a 500Hz touch sampling rate. This chip will also help enhance audio on the 7-Series.

Apart from this, it also offers a full front screen body since it houses the selfie camera under the display in order to offer the most seamless gaming experience. It also features an in-display fingerprint sensor with support for heart rate monitoring as well.

The Red Magic 7 Pro has the Snapdragon 8 Gen1 chip at its helm paired with 18GB LPDDR5 RAM and 1TB of internal storage. With the virtual expansion, it can even achieve 24GB RAM.

In terms of photography, you get a 64MP primary lens with an 8MP ultrawide-angle lens and a 2MP macro sensor. On the front, you get a 16MP selfie shooter. It runs on a 5,000mAh battery with support for 135W fast charging. The device comes with the industry’s first 165 GaN charger.

The Red Magic 7 Series is available in two color variants for both the Pro and the vanilla model, namely Dark Knight and Cyber Neon, it will also be sold in Transparent Edition as well.

With the launch of the 7 Series, Nubia has announced that the Red Magic 6S Pro gaming smartphone will be launching in the global markets soon.

Nubia teases the RedMagic 7 with a gaming monitor, router, and Metaverse plans