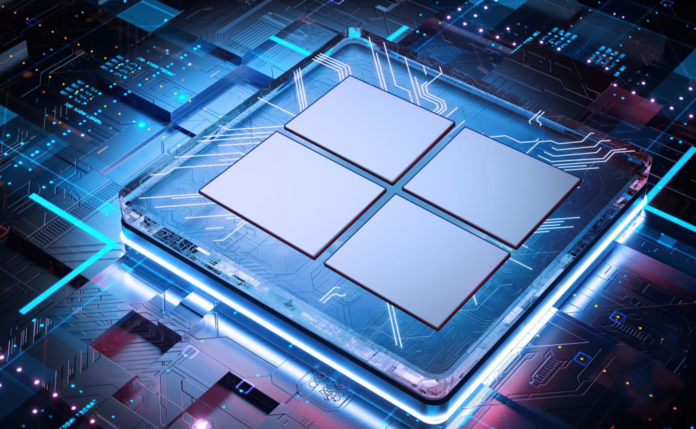 Intel also unveiled its updated client and server CPU roadmap, which includes its Core and Xeon CPUs, in addition to its graphics refresh. Intel’s latest Technology roadmaps and milestones provide an overview of their planned Client and Server division products. Intel claims to be on track to retake the perf per watt leadership by 2025 and has demonstrated several devices that will assist them in achieving this lofty objective.

Intel remains on track to reclaim transistor performance per watt leadership by 2025. Intel’s advanced test and packaging technologies give it unmatched industry leadership that benefits its products and foundry customers and will play a critical part in the pursuit of Moore’s Law. Continuous innovation is the cornerstone of Moore’s Law, and innovation is very much alive and well at Intel.

Process — With the launch of 12th Gen Intel® CoreTM processors and additional products in 2022, Intel 7 is in production and shipping volume. In the second part of 2022, Intel 4’s extreme ultraviolet (EUV) lithography implementation will be ready for production. It provides a 20 per cent improvement in transistor performance per watt. Intel 3 will be manufacturing-ready in the second half of 2023, with additional features that increase performance per watt by 18%. Intel 20A will give up to a 15% performance per watt gain and will be manufacturing-ready in the first half of 2024, ushering in the Angstrom Era with RibbonFET and PowerVia. Intel 18A will be manufacturing-ready in the second half of 2024, delivering an additional 10% improvement.

Intel also unveiled its updated client and server CPU roadmap, which includes its Core and Xeon CPUs, in addition to its graphics refresh. Intel’s latest Technology roadmaps and milestones provide an overview of their planned Client and Server division products. Intel claims to be on track to retake the perf per watt leadership by 2025 and has demonstrated several devices that will assist them in achieving this lofty objective.

Starting with the Intel Client CPU roadmap, the business has already released its Alder Lake CPUs, and the 13th Gen Raptor Lake CPUs are expected to be released later this year. Raptor Lake has been verified to contain 24 cores and 32 threads (8+16). The blue team also promised up to double-digit performance benefits, improved overclocking support, new AI M.2 support, and socket compatibility with the Alder Lake platform (LGA 1700/1800).

Raptor Lake — Due out in the second half of 2022, Raptor Lake will offer up to a tenfold performance boost over Alder Lake, as well as improved overclocking capabilities. Raptor Lake is based on the Intel 7 process node with performance hybrid architecture and has 24 cores and 32 threads. Alder Lake systems will work with Raptor Lake sockets.

Getting to Lunar Lake and Beyond – Intel will produce leadership products using internal and external process nodes in its IDM 2.0 strategy.

Meteor Lake, which will be manufactured on the ‘Intel 4’ production node in 2H 2022 and projected to market in 2023, will be the next upgrade to the Client CPU roadmap. The ‘Intel 4’ node will improve performance per watt by 20% and will be the first to adopt EUV technology, providing a considerable density boost over the ‘Intel 7’ node (10nm ESF). In 2024, Intel will release Arrow Lake, which will be a follow-up to Meteor Lake.

Intel 4 (Meteor Lake), Intel 20A (Arrow Lake), and TSMC’s N3 (Arc GPU / SOC) process nodes will all be used in Meteor and Arrow Lake CPUs, respectively. What’s more, starting with Meteor Lake, the new CPUs will include a Tiled-GPU design based on the Arc graphics architecture. According to Raja Koduri, this’ GPU will be unlike anything else done on client CPUs before and discrete and integrated graphics solutions.

With Lunar Lake and Nova Lake CPUs, Intel wants to revamp its Client platform beyond 2024 completely. These will most likely be released in 2025 and 2026, respectively. The next-generation CPUs will be based on a tiled-CPU architecture, with an MCM CPU, SOC, and GPU IPs packaged together. Both Lunar Lake and Nova Lake chips are projected to use the upgraded 18A node, which will provide a 10% increase in performance per watt while also improving the RibbonFET architecture. Manufacturing is expected to begin in the first half of 2024 for 20A chips and the second half of 2024 for 18A chips. External foundry nodes will be used for other core IPs.

The next-generation Client platforms will use a fully-integrated MCM design, as shown in the roadmap block diagrams, including multiple chipsets combined on the same CPU package.

Intel aims to release Diamond Rapids, which will use the ‘Intel 3’ process node, as its first major architectural upgrade for servers. This node will use higher-performance libraries, optimised drive current, and a metal stack to deliver an 18% increase in performance per watt. Intel claims that by the second half of 2022, it will have test wafers of its flagship product (Xeon) functioning in its labs.

Intel has also released the first look at its next-generation 18A powered Xeon CPU for the data centre segment for the first time. There are at least 17 tile blocks on this chip, six of which are CPU blocks.

Because current Sapphire Rapids-SP Xeon CPUs have 15 cores per CPU tile, an 18A chip with the exact core count will have up to 90 seats. However, by 2025, Intel will have more cores per CPU tile. Thus, we should expect more than 100 cores to meet AMD’s high-core count server offerings. On the ‘3’ node, Diamond Rapids is planned to have up to 144 seats and 288 threads; therefore, 18A would have a substantially greater core count. According to Intel, Granite Rapid (P-Core) and Sierra Forest (E-Core) Xeon SKUs will be based on the ‘Intel 3’ process node.

Emerald Rapids: Intel will ship Emerald Rapids, a next-generation P-core CPU based on the Intel 7 manufacturing node, in 2023. The CPU will be a socket-compatible update to Sapphire Rapids, enhancing performance and expanding memory and security benefits in the existing platform, making it a worthwhile and straightforward upgrade for Intel’s customers.

Sierra Forest: As part of this new strategy, Intel unveiled information about Sierra Forest,[GA1] its new E-core-based Xeon processor for data centres, for the first time. It will provide unrivalled density and performance-per-watt efficiency, lowering the total cost of ownership. This new device, due in 2024, is created specifically for Intel’s hyper scale customers as a purpose-built solution with a cloud workload-optimized core.