NVIDIA Reflex arrives on ‘iRacing’ and ‘SUPER PEOPLE’ beta, ‘Shadow Warrior 3’ is up next! 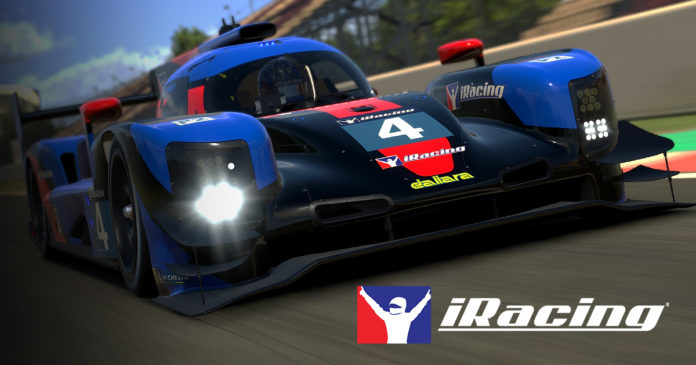 NVIDIA is looking always to expand its DLSS and Reflex library of games that lure gamers to opt for them anyway, but their hard work with game devs means new games optimized for NVIDIA GeForce gamers.

So, the green giant of the Silicon industry has announced that NVIDIA Reflex continues to expand into new game genres with iRacing and SUPER PEOPLE adding Reflex support this month, and Shadow Warrior 3 coming March 1. There was also the release of a new Reflex-compatible monitor, new updates to the NVIDIA Reflex Analyzer, and more.

“When designing a physical race car, we spend considerable resources assuring that steering, throttle, and braking systems are highly responsive to the driver’s commands,” said Chris Gilligan, Chief Information Officer, Competition & Engineering for Joe Gibbs Racing. “For our iRacing esports teams, the same is true, but instead of engineering physical systems, we must ensure that driver inputs are fed into the simulation engine with minimal delay.  Minimizing this latency between the driver control systems, the sim engine, and the video display is not only key for providing a sense of realism, but also allows drivers to hone their car control skills in a virtual environment.”

“The technology in simulated racing is always evolving, especially as it elevates our ability to be more precise behind the sim wheel,” said Nick Ottinger, William Byron Racing esports driver and 2020 eNASCAR Coca-Cola iRacing Series Champion. ”This is a must to perform at our very best, and NVIDIA’s Reflex technology is going to take it to the next level. I can’t wait to experience what they have to offer.”

This month Reflex moves into the racing genre, and it is available now in iRacing, the world’s premier online racing simulator. Because precision and milliseconds matter, reducing system latency in iRacing delivers the most responsive driving experience. Enabling NVIDIA Reflex in iRacing can reduce system latency by up to 20%.

SUPER PEOPLE beta Gets a Latency Reduction of up to 50%, along with NVIDIA DLSS!

Updates and new content are being added each week, and with the most recent update, SUPER PEOPLE beta now benefits from the addition of NVIDIA Reflex and NVIDIA DLSS. And with ray tracing added at launch, GeForce RTX gamers will have the definitive experience in this title.

Using NVIDIA Reflex, SUPER PEOPLE players can reduce their system latency by up to 50%, making them more competitive online, potentially leading to victory in the winner-takes-all arenas.

Shadow Warrior 3 and Ready or Not gets NVIDIA Reflex support