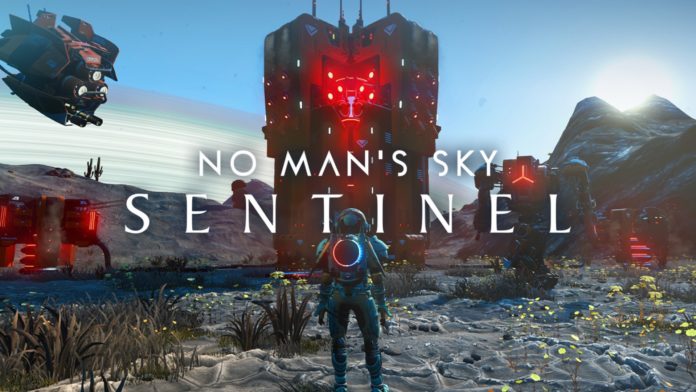 At last, the time is over as the most incredible sci-fi title in No Man’s Sky Sentinel had seen to be living up to the lost cause due to them after the launch failing with the life up to such massive levels with the hype the game has been garnered pre-release.

It has seen that it basically has the mix reviews along with heaps of criticism from No Man’s  Sky players that are also over what has such many to be felt were missing many features, and also has a lack of thing to do, it also would have such of understandable for the developer Hello Games with simply move on from No Man’s Sky. It seems like the studio had exactly the opposite also has been choosing to move what is felt had a failure into success.

The new trailer also shows such latest gameplay from the expansion and it is also containing the abilities of the players for generating their own personal robotic companions once they have been finished new tasks surrounding and also finding such Sentinel tales. It seems like the Sentinel stories forcing to have the new enemy named as Handframe Battle Mech and also has been equipped with h a jetpack, flamethrower, and many more.

Additionally, we will say from robots and mechs and it seems that the Sentinel update containing such latest expedition named Exobiology that has been dealing along with animal life and there also a lot of rewards to get. The latest updates develop the battle of the faster-paced and also has the multi-tool given such of the visual overhaul along with the new projectile types, lighting effects, and more.

There is also a new cloaking tool, the Exomech can be given an AI pilot that will follow the player and also can be improved such as NPC navigation and many more.

The latest update is Hello Games is also set to launch No man’s Sky on the Nintendo Switch that has been opening things up to another group of players.

1. Sentinel Hardframe Mech: It seems that the battle against the brand new robotic enemy, the huge and heavily armored Hardframe Mech and has been equipped along with lasers, plasma-powered flamethrowers, and also so has a high–powered jetpack that also allows it to launch along the battlefield.

2. Visual Overhaul for Weapons: As a Multi-Tool system from the Mining laser along with the Scatter Blaster also have been got such of the significant visual overhauls and retools containing new and improved projectiles and beams, muzzle flashes, lighting effects, refraction, new impacts.

3. Combat Upgrades: It seems like players also can now resemble and reprogram along with their own friendly robotic drone companion or also even their own Sentinel Hardframe mech.

4. Missions and Stories: There are players who also can work along with the team of the  Space  Anomaly on a   substantial along with new story-driven mission also has been raid the sinister Sentinel Pillars to get access their archives and secrets.

5. Battle Flow and Feel Improvements: It seems that Hello games has been implemented a vast list of tweaks and refinements to No Man’s Sky’s weapon feel and flow and also making for a more dynamic and impactful battle experience.

6 Drone Enemies: There are the regular Sentinels have been overhauled according to have Murray along with heavy battle and shield drones and dedicated repair drones and also even advanced summoning the drone s with joining existing patrols.

This game also will be available on PC, PS4, PS5, Xbox One, Xbox Series X/S, and development for the Nintendo Switch.