Cyberpunk 2077 Patch 1.5 brings a next-gen update to consoles and more 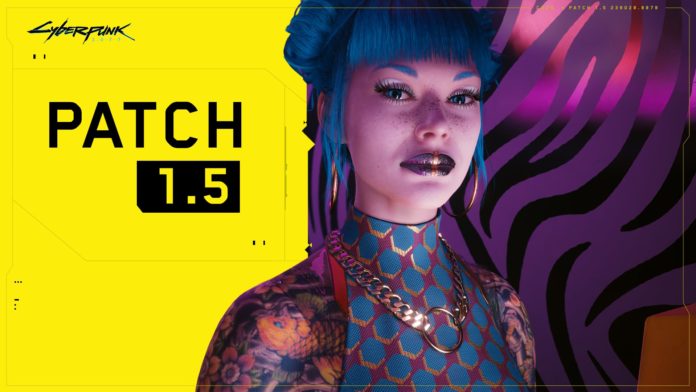 CD Projekt Red has recently introduced a new Patch 1.5 for its massive game Cyberpunk 2077 that finally brings the promised updates for next-gen consoles. This new patch arrives after over a year of the launch now and is readily available on both PC & Google Stadia as well as all the new consoles including PlayStation 5, Xbox Series X, and Xbox Series S.

They have shown two new next-gen gameplay on both new PlayStation 5 and Xbox Series X, both look really nice both in terms of graphics along with performance:

This is was a much-needed update that will enable console gamers to finally enjoy Cyberpunk 2077 as the initial launch of the game on console was nothing more than a disaster. The patch is now live on all formats and everyone can update the game easily, this patch also brings supports the DualSense controller haptic feedback, adaptive triggers, and the speaker.

There are plenty of tweaks and improvements, so here is a simple list of what this update brings to each platform:

With the improved Perk System which brings new combat options and more, you also have a number of new posts in Photo Mode, new appearance customization options, new apartments to buy for V and a lot more.

Here’s the complete changelog of this Patch 1.5:

Implemented the use of adaptive triggers on PS5 controllers.

This additional content is available for players on all platforms.

Apartments can be rented (with a one-time fee) when encountered in Night City or through the EZEstates website when accessed through the computer in V’s Megabuilding H10 apartment. They become available after completing the Playing for Time quest. It’s possible to rent all apartments at the same time. All apartments share the same stash.

Additionally, you can now customize V’s starting apartment in Megabuilding H10 using the EZEstates website for €$10,000.Some interactions in the apartments provide a temporary buff:

Rebalanced various perks and moved some of them in the skill tree. As a result, all the Perk points you spent were reset. Go to the Perks screen to reassign your Perk points for free.

Cyberpunk 2077: Everything We Know about the last Updates and Gameplay of the game

“Cyberpunk 2077″: Everything We Know So Far About the Animated Series