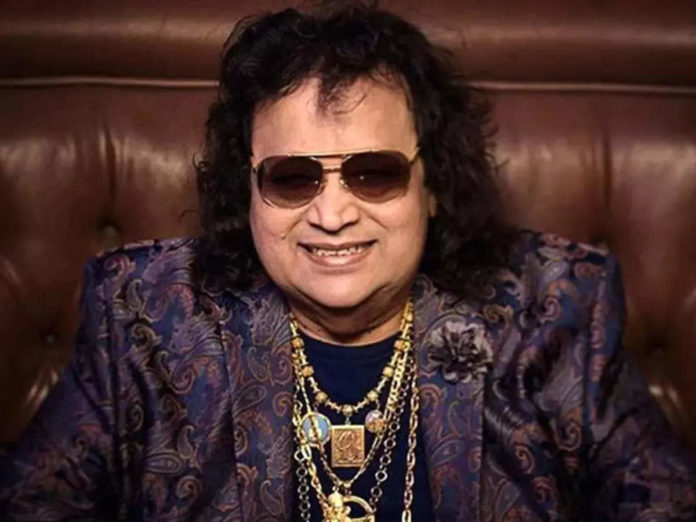 Bappi Lahiri, The Disco King of Bollywood, the singer-composer died at the age of 69 years in Mumbai due to Obstructive Sleep Apnea. He was sick for some time and was passed away at CriticCare Hospital in Juhu, Mumbai. All the different personalities from all walks of life have paid tribute to Lahiri, including PM Narendra Modi, actor Ajay Devgn, Akshay Kumar, and music composer AR Rahman.

The family of Bappi Lahiri has released an official statement regarding his funeral. They made the announcement that his funeral will take place on Thursday. The statement reads, “It’s a deeply sad moment for us. The cremation will take on the arrival of Bappa (his son) from Los Angeles tomorrow mid-morning. We are seeking love and blessings for his soul. We will keep you updated. The statement was signed by his wife Chitrani Lahiri, Gobind Bansal, children Bappa Lahiri and Rema Lahiri.

The hospital has released an official statement, which reads, “Bappi Lahiri was suffering from OSA (Obstructive Sleep Apnea) and recurrent chest infection. He was treated by Dr. Deepak Namjoshi. He was hospitalized in Criticare Hospital, Juhu for 29 days. He recovered well and was discharged home on 15 February. However, after a day at home, his health again deteriorated and he was brought back to Criticare hospital in a critical state and succumbed to his illness at about 11:45 pm. He suffered from a Covid infection last year. He had OSA for the last year. He was admitted on multiple occasions in Criticare Hospital under treatment of Dr. Deepak Namjoshi and recovered on all occasions.”

Bappi Lahiri is famous for popularising disco music to the Indian mainstream. He was known as Bappi da, he has achieved huge success in the 1980s and 90s. He has earned the title ‘Disco King’ due to his work on films such as Disco Dancer, Namak Halaal, Dance Dance, Commando.

PM Narendra Modi has also condoled his death, he said, “Shri Bappi Lahiri Ji’s music was all-encompassing, beautifully expressing diverse emotions. People across generations could relate to his works. His lively nature will be missed by everyone. Saddened by his demise. Condolences to his family and admirers. Om Shanti.”

After completing 50 years in the industry in 2019, the singer Bappi Lahiri has expressed his gratitude and told PTI that “I feel so proud to have had this journey and to have worked with all the extremely talented people in the industry. Simply put, my life is Dilip Kumar to Ranveer Singh. From Dharm Adhikari to Gunday I’ve done it all.”

Read- The Lord of the Rings: The Rings of Power- All details about the cast, release date, and trailer

Previous articleApple reportedly working on a new and cheap display option
Next articleDoctor Strange in the Multiverse of Madness: The two blockbuster variant’s arrival has been made confirmed

Ranji Trophy 2022 Latest updates: Everything you need to know

IPL 2022: After the Covid Cases in the Delhi Capitals camp, the match between DC and PBKS has been moved to Mumbai