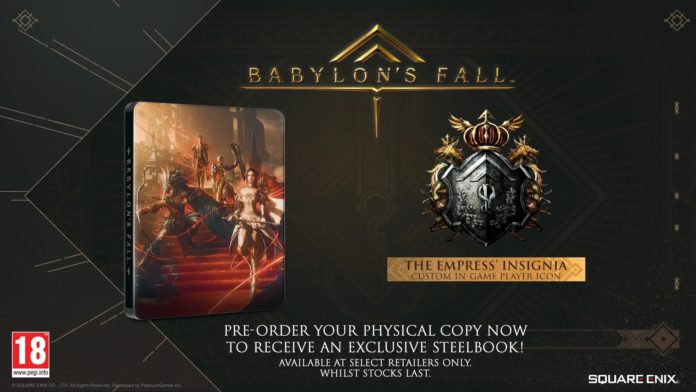 Sentinels – strike early and ascend the Tower of Babel to achieve greatness!

London, (Feb. 14, 2022) – SQUARE ENIX® announced during a live stream that PlayStation owners will have access to a free downloadable demo of BABYLON’S FALL™ beginning on February 25, 2022.

The demo gives PlayStation®5 and PlayStation® 4 players access to the opening section of the game where both single player and four player cross-play co-op can be experienced for free. All progress and achievements will be carried over to the full version of the game on PlayStation platforms following the official launch on March 3. Those who pre-order BABYLON’S FALL Digital Deluxe Edition will receive early access to the full game on February 28. SQUARE ENIX also announced that all players of BABYLON’S FALL will get the Premium Battle Pass for free during Season 1.

Developed in partnership with renowned action specialists, PlatinumGames Inc., the demo provides multiple hours of story content and limitless multi-player to give players a significant head-start for strengthening their Sentinel. The early stages of the game will introduce players to the immense power a Sentinel wields on the battlefield, but also the burden and unwanted responsibility they carry for saving the city that surrounds the Tower. It quickly becomes apparent that only through a Sentinel’s efforts and sacrifices will the secrets and treasures of the Tower be unveiled.

Featuring fluid co-op-combat, powerful weapons and a unique, striking art style, the epic world of BABYLON’S FALL can be played solo or in parties up to four*. Following the launch, BABYLON’S FALL will continue to be supported with new game modes, ongoing story content, and additional weapon types at no additional cost. BABYLON’S FALL is launching worldwide on the PlayStation®5 (PS5™) console, PlayStation® 4 and PC on March 3, 2022.

Read: Which is a better buy in 2022: Microsoft’s Xbox Series X or Sony PlayStation 5?