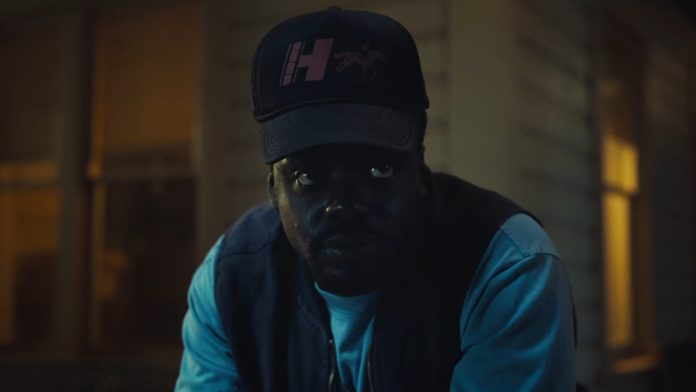 Universal Pictures has currently revealed the trailer of the horror film ‘Nope’. It is mainly Jordan Peele’s one of the highly anticipated horror movies that revolve around an alien invasion. It seems that the new trailer just reveals the first book at Nope.

This film has also been produced under such absolute mystery. While we are finally going to take a closer look at the terror mind of Peele about the conjuring of the time we w just only be able to realize the social message behind the Nope once it will hit the theatres later this year.

The first footage of Nope reveals the death will arrive from above in the upcoming horror film belonging to the Oscar winner moviemaker.

In Nope we will be going to see something strange in the sky that has been generating such absolute panic and horror among the people who are watching thins standing on the ground. It contains a shot of the character of Kake Palmer’s character has been sucked into the sky. It is true while we have not that much great alien abduction as the stature of Peele like one of the most terrible voices with the contemporary horror like the filmmaker also even turn van into the most ludicrous scenarios into something that is come to scare us and going to give such bone-shaking thrill.

The two-minute five-second-long trailer opens up with a motion picture as an African lady is elaborating about making the motion picture by assembling the photographs and the motion picture shows a black and white image as one man is riding a horse. The lady reveals that the man is her great great grandfather. She reveals the reason to back at the Haywood Ranch. Like the only black one-horse trainers in Hollywood. She reveals as the moment the pictures start to move it skin the game.

One night the lady is dancing to music in his home and a  man is standing with the horse on the ground staring at the night sky, suddenly the music runs slow, the electricity goes off and the atmosphere fills with darkness, and the now the twist comes with such horror music the horse rider seeing a yellow light blinking and the white horse is running towards it.

On the next morning, the people on the ground become feels like such a bad miracle, and the clips show some games, a black horse in a glass room. Now strangely everything including a machine also looking to the sky as they see something horrible behind the cloud of the dark night shout to ‘runnn’. A horse rider going through the road a dark shadow is chasing him behind and suddenly a tornado comes and everything becomes sandy and also it has just flown away from the black lady.

This film is featuring  Kaluuya, Palmer, Steven Yeun, Barbie Ferreira, Brandon Perea, and Michael Wincott. It seems that Peele also serves as the producer on the project along with Ian Cooper for the own production of Peele company Monkeypaw Productions. Peele got the Academy Award for the  Best Original Screenplay for getting Out for the feature debut. He also earned the Oscar for Best Director when the film also got such nominations for the Best Picture and Best Actor for Daniel Kaluuya.

It is unfortunate that the Academy Award snubbed  Us it does not make Peele as the second film any less impressive. This Nope film was shot under KODAK film t contains 65mm film in IMAX format. For helping him to conjure such beautiful images of Nope, Peele comes with cinematographer Hoyte van Hoytema for shooting the film. It seems that this Hoytema is mainly Christopher Nolan’s go-to cinematographer worked along with the filmmaker on the Installer, Dunkirk, Tenet, and the latest Oppenheimer.