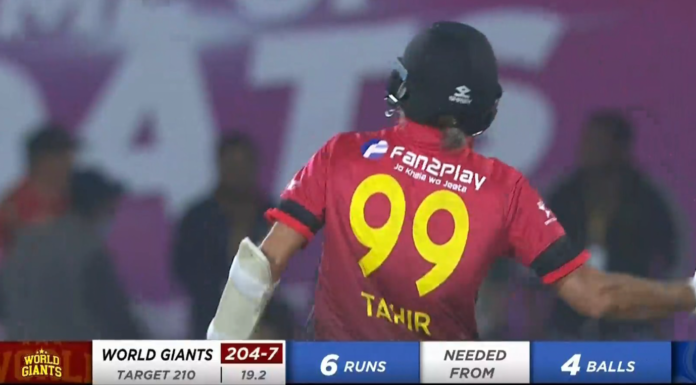 New Delhi, 14th Feb 2022: Fan2play, the official sponsor for World Giants in the recently concluded Legends Cricket League is delighted with World Giants winning the inaugural season for Legends Cricket League. This was Fan2Play’s second winning association after patterning with the reigning CPL T20 Champions St. Kitts and Neves last season. The Fan2Play team wishes to congratulate all the players, support staff of World Giants who were part of this successful inaugural season.

Through this association, Fan2Play is giving its users a unique opportunity to meet their favourite legends such as Harbhajan Singh, Kevin Pietersen, Brett Lee and Jonty Rhodes. All they need to do is download the app, play regularly and choose the legend they would like to meet, now isn’t that exciting?

The Legends Cricket League gave the die-hard cricket fans a golden chance to witness their cricketing heroes in action once again. Legends from across the globe took part in the first season and made Legends Cricket League a must-watch competition in the future. The next season of LCL will be played in September, later this year.

The first season of the event saw the likes of Kevin Pietersen, Irfan Pathan, Brett Lee, Jonty Rhodes, Mohd. Kaif and many legendary cricketers taking part and making this a memorable event for the players and fans alike.

World Giants have achieved a historical feat by becoming champions of the first-ever edition of the Legends Cricket League (LCL). They won 4 out of their 5 games including the emphatic 25-run win over the Asia Lions in the final. World Giants performed wonderfully throughout the series and played some scintillating cricket against all oppositions.

Fan2play is India’s easiest and most unique fantasy platform where you can create your fantasy teams with just 2/3/4 players. Fan2Play is India’s only Fantasy app which gives users a chance to claim a 200% Cash Bonus as well as Real Cash on their first deposit.

Not only this, new users get a lot of Free Entry and 100% Bonus contests to experience Fan2Play’s innovative gaming experience. Fan2Play prides itself on giving the prize distribution among the winners and also the contest structures are winning the fans over every single day.

At Fan2Play, earning points is easier than ever! It offers prizes across various sports, including cricket, football, and kabaddi. Fan2Play recently launched its Online Rummy app which has seen a huge acceptance among Rummy lovers, specifically because of its crisp and cleanest UI experience. You can also download Fan2Play and start your winning journey and also get to meet your favourite legends like Harbhajan Singh, Kevin Pietersen, Brett Lee and Jonty Rhodes.

Previous article“Rudra: The Edge of Darkness”: Ajay Devgn’s Excellent Crime Thriller Cop series gets a release date on Hotstar
Next articleIntel inches closer to completing its acquisition of Tower Semiconductor