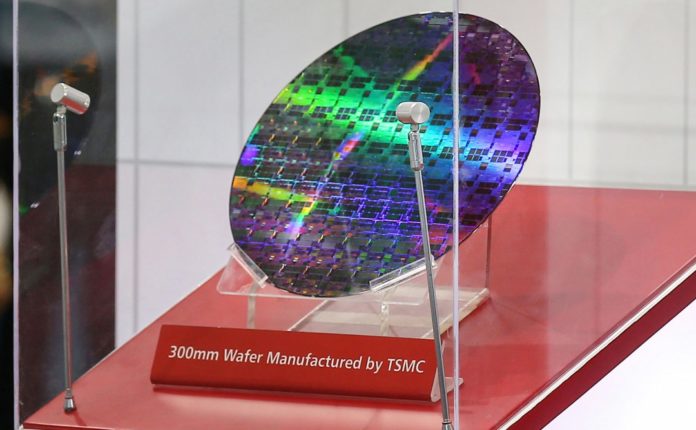 When its latest semiconductor manufacturing technologies are released, Taiwan Semiconductor Manufacturing Company (TSMC) expects them to be the best in the world. TSMC is the world’s largest contract chip manufacturer since it supplies chips to some technological companies, including Apple, Inc. and Advanced Micro Devices, Inc. (AMD).

TSMC announced its earnings for the fourth quarter and full fiscal year 2022 earlier today in Taiwan, and executives discussed future technologies and capital expenditures, both of which are hot topics in the semiconductor industry in the wake of the ongoing pandemic, which has resulted in record demand for consumer electronics and other semiconductor-based devices.

Dr. Wei expressed confidence in his company’s capacity to compete in the cutting-edge semiconductor manufacturing technology market, and his statements suggest that once the N3 technology family is released later this year, TSMC will have outperformed Intel Corporation in the sector.

These were made in his opening remarks, which were as follows:

N3 technology will use FinFET transistor structure to deliver the best technology maturity, performance, and cost for our customers. N3 technology development is on track. We have developed complete platform support for HPC and smartphone applications. N3 production will start in the second half of 2022. We continue to see a high level of customer engagement at N3 and expect more new tape-outs for N3 in the first year as compared with N5. N3 will further extend our N3 family, with enhanced performance, power, and yield. We also observed a high level of customer engagement at N3E, and volume production is scheduled for one year after N3.

Our 3-nanometer technology will be the most advanced foundry technology in both PPE and transistor technologies when it is introduced. With our technology leadership and strong customer demand, we are confident that our N3 family will be another large and long-lasting node for TSMC.

In addition, the TSMC CEO discussed the current state of the semiconductor market and how the supply will fare this year. Throughout 2021, his business has experienced unprecedented demand, and there is debate in the financial world about whether chip shortages and supply limitations caused by strong demand would continue this year. He was cautious, though, in his assessment of whether short-term supply chain restrictions will persist. Despite rising economies of scale, these limits have not only stretched his company’s manufacturing capacity but also resulted in record revenue growth.

Dr. Wei summarized his and TSMC’s outlook by stating that:

We expect 2022 to be another strong growth year for TSMC. For the full year of 2022, we forecast the overall semiconductor market, excluding memory to grow approximately 9%, while foundry industry growth is forecast to grow to 20%. For TSMC we are confident we can outperform the foundry revenue growth and grow between mid to high 20% in 2022 in USD terms. Our 2022 business will be fueled by strong demand for our industry-leading device and speciality technologies where we see strong interest from all four growth platforms which are smartphone, HPC, IoT, and automotive.

Entering 2022 we expect the supply chain to maintain a higher level of inventory as compared to the historic seasonal level, given the industry’s continued need to ensure supply security. While the short-term imbalance may or may not persist, we continue to observe a structural increase in long-term semiconductor demand underpinned by the industry megatrend of 5G and HPC-related applications. We also observed a higher silicon content in many end-to-end devices, including automotive, PCs, servers, networking, and smartphones. As a result, we expect our capacity to remain tight throughout 2022, as we believe our technology leadership will enable TSMC to capture the strong demand for our advanced and specialty technologies.

Later, the TSMC CEO highlighted that increased silicon content in newer devices is a primary driver of the company’s high demand. He further noted that the increased tapeouts for the N3 process technology family are solely for the N3 node, not for both the N3 and N3E processes, in response to an inquiry. TSMC expects to focus on first-generation N3 volume production in the second half of this year, thus the latter is an optimized platform that will be introduced next year.

Dr. Yuh Jier Mii, the company’s senior vice president of research and development, stated last year that tapeouts for the N3 process had doubled compared to the previous N5 family. Tapeouts are one of the final stages in the chip design process, and they entail companies submitting their final designs to manufacturers before manufacturing.

Dr. Wei stated that N3 and other technology node production for this year are unaffected by a recent fire at the production facilities of the Dutch chip fabrication equipment maker ASML. He went on to say that TSMC is increasing output for next year to fulfill client demand.