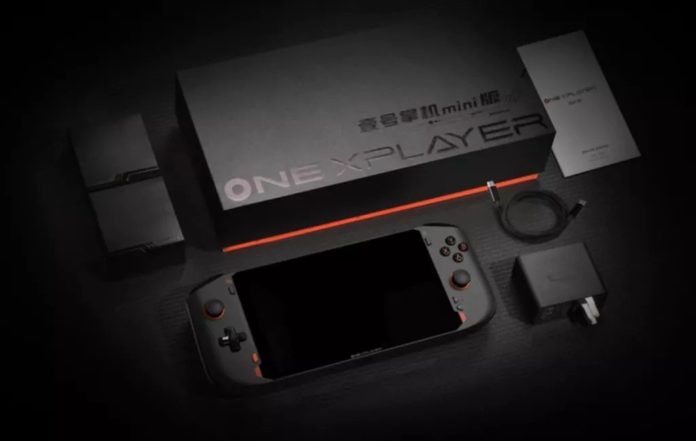 Valve’s Steam Deck appears to be facing competition in the mobile gaming PC market. The OneXPlayer Mini, initially spotted by Liliputing, is now available for purchase for anyone looking for a full-fledged PC gaming experience that’s as portable as a Nintendo Switch OLED.

The OneXPlayerMini has a form factor that is extremely similar to the Switch, with dual thumbsticks, A/B/X/Y buttons, and a directional pad. The OneXPlayer Mini, on the other hand, has a 7-inch 1080p IPS display, whereas the Switch’s 7-inch OLED display is 720p.

In its base configuration, the handheld has an 11th generation Intel Core i7-1195G7 processor, 16GB of RAM, and a 512GB SSD. If you require extra capacity for your games and applications, you may also purchase 1TB or 2TB models. With the Intel Iris Xe Graphics GPU onboard, you’ll want to lower your expectations for gaming at 1080p resolution (1.4 GHz, 96 EUs). For more demanding games, lowering the gaming resolution to 720p is probably a good idea.

Twin bumpers, dual linear triggers, dual speakers, and a 10,455 mAh lithium-ion battery are all included in the 1.3-pound OneXPlayer Mini. The interior hardware is kept cool by an aluminum heatsink, dual copper heat pipes, and a single fan. For wired connectivity, there are two USB-C ports and one USB-A port, as well as the required headphone jack. Wi-Fi 6 and Bluetooth 5.0 radios are used for wireless connection.

The next Valve Steam Deck, which is set to ship in February 2022, will undoubtedly be the gadget to which the OneXPlayer Mini will be most compared. The Steam Deck has a similar 7-inch display but is powered by an AMD Zen 2-based SoC and an RDNA 2 GPU (8 compute units).

The Steam Deck not only has the gaming world buzzing due to its gaming heritage, but it is also significantly less expensive than the OneXPlayer Mini. The base Steam Deck costs $399 and comes with 16GB of LPDDR5 and 64GB of eMMC, while the 256GB and 512GB SSD configurations cost $529 and $649, respectively. While the OneXPlayer Mini is appealing in its own right, it will be difficult to compete with the Stream Deck’s value promise.

Samsung to introduce its upcoming Exynos 2200 alongside the Galaxy S22

- Advertisement -
Powered by JustWatch
Share
Facebook
Twitter
Pinterest
WhatsApp
Linkedin
Previous article
Dybala’s contract with Juventus will not be renewed: Premier League move on the cards?
Next article
Daniel Wass absent from Valencia training ahead of his transfer to Atletico Madrid