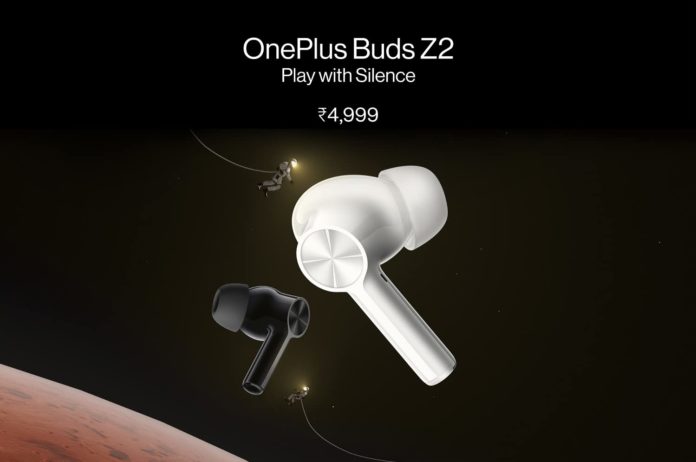 OnePlus has started 2022 off with a bang as it has finally launched the highly anticipated OnePlus 9RT and the OnePlus Buds Z2 in India. The devices had launched in China last year and India was supposed to get them towards the end of December 2021 but it was pushed to January 2022.

The OnePlus Buds Z had 10mm drivers, the successor, however, features large 11mm, dynamic drivers. The OnePlus Buds Z2 comes with Active Noise Cancellation, the one major feature its predecessor lacked despite its many pros.

The Buds Z2 comes with ANC for sound up to 40dB, in addition to this, it has support for Bluetooth v5.2 connectivity and offers a reduced latency of up to 94ms.

The earbuds come with touch controls for playback and call management. The Buds Z2 comes with a 40mAh battery, offering up to 7 hours of audio playback.

The OnePlus Buds Z2 has been priced at 4,999 INR and will officially be available for purchase in Black and White color options via Amazon, Flipkart, and the company’s official site beginning January 18th.

OnePlus Pad Design Leaks via Renders ahead of February 7 event