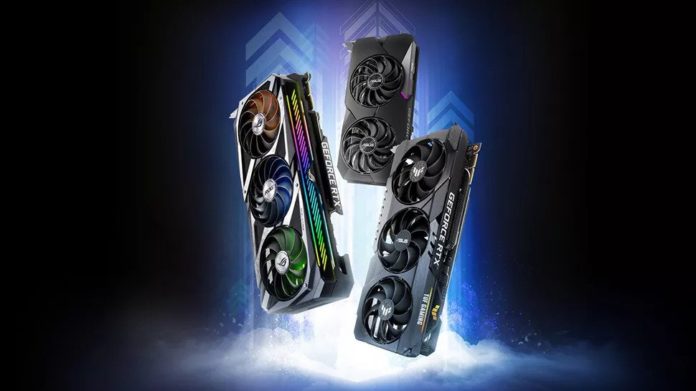 Due to strong demand and insufficient supply, the top graphics cards for gaming have been in short supply for nearly two years, but Nvidia claims that shortages of its GPUs will lessen in the second half of 2020. Given the timing, it appears that Nvidia expects supplies to improve when its next-generation GeForce RTX 40-series ‘Ada Lovelace’ graphics processors are released.

“Throughout all of calendar 2021, we have seen strong demand for GeForce and it continues to remain stronger than the overall supply that we have,” said Colette Kress, the chief financial officer of Nvidia, at the 24th Annual Needham Growth Conference (via SeekingAlpha). “We feel better about our supply situation as we move into the second half of the calendar year 2022.”

Nvidia did not go into detail about what will happen in the second half of 2022 to boost its supply. However, we can make some educated guesses here. Given that Nvidia releases a new GPU family every two years, the launch of the GeForce RTX 40-series Ada Lovelace’s portfolio this fall will be right on schedule.

Nvidia, like other businesses, never says when its next-generation products will be released (so take everything with a grain of salt), but it is relatively constant with its two-year consumer GPU cadence.

Nvidia’s Ada Lovelace GPUs are likely to be built on TSMC’s N5 node, which is in its third year of high-volume production and has good yields. Nvidia has likely altered its order at TSMC in response to the strong and growing demand for its products, which is why it is optimistic about supply right now. Furthermore, the Taiwan-based foundry spent tens of billions of dollars last year on N5-capable capacity, so it should be ready to meet Nvidia’s needs by 2022.

However, for gamers who want to play right now, Nvidia’s GeForce RTX 40-series ‘Ada Lovelace’ GPUs launching later this year may not be such a good thing, since it means Nvidia is unlikely to order many more GeForce RTX 30-series ‘Ampere’ GPUs from Samsung Foundry to keep stock in check.

It’s unclear what Nvidia’s GeForce RTX 40-series ‘Ada Lovelace’ graphics cards bring to the table in terms of features and performance, but gamers will undoubtedly welcome it if the new family drastically increases supply.

Microsoft snatches away one of Apple’s veteran chip designers