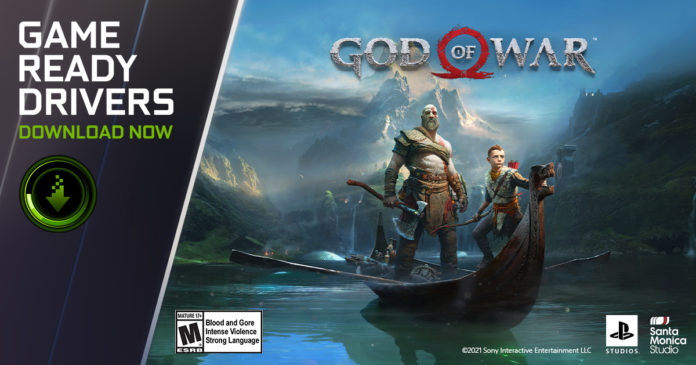 Finally, today, PC gamers can play the new God of War game and that too with NVIDIA’s two top-notch features like DLSS and Reflex. As promised by NVIDIA, today’s NVIDIA GeForce Game Ready driver includes day-0 optimizations for God of War, widely regarded as one of the best action games of all time, and only GeForce RTX gamers get to launch day support for NVIDIA DLSS and NVIDIA Reflex.

NVIDIA Game Ready drivers are often used as a delivery mechanism to add new features for GeForce users. This Game Ready driver adds support for NVIDIA DLDSR, an enhancement to Dynamic Super Resolution (DSR) with AI, plus several new Freestyle filters that combine to enhance the image quality of your favourite classics.

God of War is the latest blockbuster to ship with NVIDIA RTX technology, and both NVIDIA DLSS and NVIDIA Reflex are supported at launch.

When enabled, performance is boosted by up to 45% at 4K, allowing gamers to play God of War with phenomenal graphics, higher frame rates, and uncompromised image quality.

God of War is 22% More Responsive with NVIDIA Reflex

Responsive games are more immersive and less frustrating and enable players to be more precise with their inputs. God of War’s fast action and spectacular combos are key to overcoming the game’s most difficult challenges. If a PC’s system latency is high, the gameplay feels sluggish and controls are unresponsive. Combos are harder to chain, tricky jumps are mistimed and the experience feels slow.

NVIDIA Reflex can quickly and easily reduce system latency by up to 22% for GeForce 900 Series and newer GPUs, making gameplay snappy, and more responsive with tighter dodges and combos.