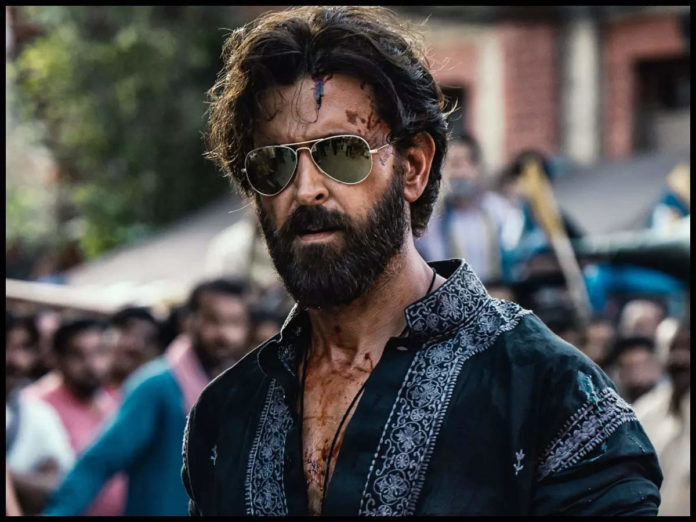 At last Hrithik Roshan is moving on the wrong side of the justice system in Vikram Vedha and the makers have released the first look of the film on the birthday of the actor on 10th January 2022. Hrithik Roshan is Bollywood’s best dancer, actor, and handsome hunk in the world. The new film of the actor is mainly a remake of the Tamil hit with the same name, this film also starring Said Ali Khan as Vikram with Radhika Apte in the main role. The original has been written and directed by Pushkar and Gayatri with the helm of the film also.

This movie can be termed as a neo-noir thriller by the makers Vikram Vedha that has been inspired by the folktale of Vikram Aur Betaal. The film revolves around the story of a rough, and tough police officer who has set out to track down and catch an equally terrible gangster. The original Tamil sequel was starred R. Madhavan and Vijay Sethupathi.

Madhavan was just mesmerized after watching the first look of Hrithik and soon he just reposted the photo and wrote on Twitter, “ Now that’s a “Vedha” I do want to see….Wow, bro.. this is EPIC.  Damnnnnn.”

Madhavan has already appreciated the performance of Hrithik in the film. He also says, “ Totally Blown with what you guys have done in terms of the mounting of this [email protected] looks like he is going to rule the World…what an attitude and look, man. Phew..This one one has “historic” & “legendary” written all over it bro.”

This movie has been produced by Bhushan Kumar’s T-Series and Reliance Entertainment in association with Friday Filmworks and S. Sashikanth’s YNOT Studios. Vikram Vedha has been expected to release globally on 30th September 2022.

Games24x7 ropes in Hrithik Roshan as the brand ambassador of RummyCircle

Krish 4: Hrithik Roshan is all set to set sing for Krish 4, get confirmation by Rajesh Roshan