Agent Neon Visits to Valorant with the new Sparkly trailer 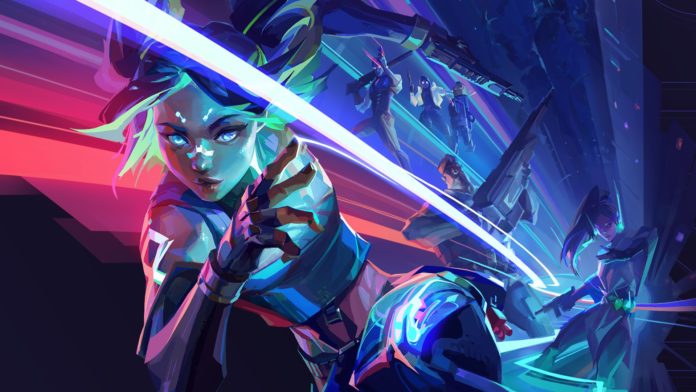 Riot Games have currently revealed the latest Agent for gracing the popular FPS title, Valorant. The latest gents named Neon that has been hailed from Manila, and now it has been seemed like things about to get very electrifying, a big thanks to the abilities of the Filipino’s characters. Currently, the developers have dropped the cinematic trailer to signify the entry of such a character that has set and also would be interesting players while she will getting arrive in the Episode 4 Act 1: Disruption.

The trailer also started with Neon that is checking out the intelligence footage that has been sent by none of other than the famous Valorant Agent, Sage. Now, the former then just falling into a deep slumber where following she dreams about dominating the other Agents with such sheer pace and also about to check off such moves.

Now, dreams also have been given to the fans about the first look at many of the abilities of Neon. It is similar to the Phoenix that seems like the new Agent can generate her own set of walls with electricity. Instead of the single wall, Neon is able to make two of them next to each other so that she can walk down in between them without any seen.

It also looks like Neon has been manufactured with her own pair of walls for attacking such enemies that also can ricochet like a minor explosion. However, Valorant also introduces such quick sprints and also it sliding with neon and also with the players and completely be interested to watch how all of this will affect the gameplay while Riot games just drop her in Episode 4: Disruption.

Now, the fans also have been got a glimpse of her ultimate powers that involve the character using her electric powers with the fingers to fire with lightning bolts at the opponents, when we do not have such details on how much the damage with the ability also can deal with the trailer exposed a slight snippet of the opponents just like glitching while hit by the bolt It means that this weapon can cause such other problems for the enemies with such other than the health reduction.

This Riot Games also will release more details about Neon and also on her ability sets with the complete breakdown with the upcoming days. This Episode 4 Act 1: Disruption is set to start sometime in the next week and now the fans are very excited to watch the latest Agent can also fetch to the table.

Previous articleHow Endorsement Deals Have Evolved in the Sports World
Next article“The Witcher (Season 3)”: The Starting Date has been reportedly revealed