Mobileye, a division of Intel, has released the EyeQ Ultra system-on-a-chip in CES 2022 for self-driving vehicles 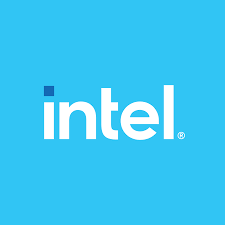 Mobileye, an Intel-owned firm that specialises in advanced driver assistance and autonomous driving, has released the latest version of its EyeQ system-on-a-chip (SoC), which it describes as its most powerful system yet. The news was announced at the Consumer Electronics Show in Las Vegas in 2022.

The new EyeQ Ultra chip is the most recent iteration of Mobileye’s SoC, which has been in production since 2004. The chip, according to the business, will be capable of 176 trillion operations per second (TOPS), placing it in direct rivalry with Tesla and Nvidia in the battle to develop high-performance computer chips for driverless vehicles.

The EyeQ Ultra isn’t expected to be ready for full-scale car production until 2025, and it won’t go into production until late 2023. Mobileye, on the other hand, is still optimistic about the chip’s capabilities, describing it as “the most advanced, highest-performing system-on-chip purpose-built for autonomous driving.”

The EyeQ Ultra, according to Mobileye, will be able to match the performance of ten of the company’s EyeQ5 CPUs in a single container. Vehicles outfitted with the EyeQ Ultra chip, according to the company, will be capable of Level 4 autonomous driving, which is defined as the ability to drive without human input in particular circumstances. Mobileye, on the other hand, says that its technology will achieve this while also delivering “high power efficiency with zero performance drawbacks.”

Mobileye is relying on its decades of experience in selling SoCs to the automobile industry. Thirteen of the world’s top fifteen automakers, including BMW, Nissan, and Ford, use the company’s EyeQ line of products. The shipment of its 100 millionth chip was recently honoured by the corporation.

Tesla employed Mobileye processors for its Autopilot system at first, but the two companies parted ways following a fatal accident in which Tesla alleges Mobileye’s technology failed to distinguish between a laterally crossing truck and the sky behind it.

A smaller, more efficient replacement to the company’s EyeQ4 processor for advanced driver aid applications was also announced at CES. The EyeQ6L is just 55% the size of the EyeQ4 and is designed for Level 2 systems to be fitted in a box connected to the windshield. It started testing last year and is expected to begin production in the middle of 2023.

Mobileye, which was founded in Jerusalem in 1999 by Amnon Shashua and Ziv Aviram, creates computer processors and vision systems that enable driving assistance technologies such as lane keeping, adaptive cruise control, and blindspot recognition.

The business also wants to run its own robotaxi fleet, and has recently announced intentions to test its vehicles in New York City and begin operations in Germany in 2022. Intel said late last year that it would go public with Mobileye.

Previous articleNXP’s new tri-radio chip brings the ease of Wi-Fi 6 and Bluetooth 5.2 to smart home gadgets
Next articleBMW paints the CES 2022 with its new color-changing paint technology to steal the show