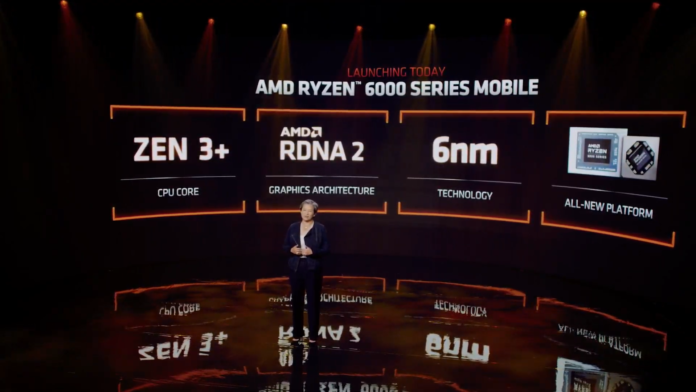 Last day ViedoCardz has just leaked different slides from AMD’s CES 20222 deck, it is containing some of the latest Ryzen 6000series. AMD has been published the complete deck along which is offering such early benchmarks in comparison with the Ryzen 7 6800U and also has its Radeon 680M iGPU from the contemporary chips.

AMD has refrained from containing FPS values the most of the charts. AMD wishes to use Fidelity upper Resolution for making AAA games on an ultrathin laptop. It also has such high graphics settings as Far Cry 6 at 1080p with FSR Quality.

There are also other charts that outline CPU performance develops in between Zen 3 and Zen 3+ cores. It shows the change between generations that is more modest here along with AMD emphasizing up to 1.3x higher scores in Cinebench R23 nT and PCMark 10 Extended. It is unfortunate that AMD states that the Ryzen 7 6800U only outscore the Ryzen 7 5800U by 10% in Cinebench R23 1T.