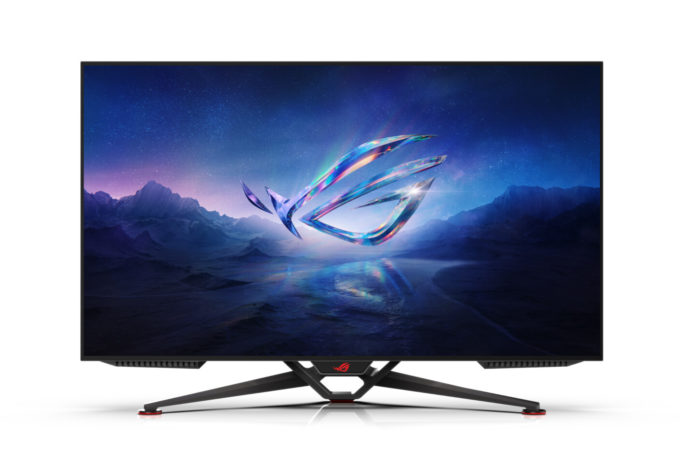 Last year, ROG has shattered all the limitations with the first-ever 360Hz display, now, it comes on the main focus as a display technology for the giant screen with a much bigger resolution.

These years entering into the ROG Swift 360Hz PG27AQN has a 27-inch display with a 2560×1440 resolution also with the same sizzling 360Hz refresh rate that made the predecessor as the official display at the last year’s DOTA 2 The International championship.

If you are a competitive gamer then you will definitely be aware of the advantage of playing games with high refresh rates. The PG27AQN is like the ROG Swift 360Hz PG259QN just ahead of it, it also draws such latest frames with the whooping of the six times faster than the conventional 60Hz monitors, it will provide the gamers the moment in such arenas where milliseconds can differ the winners from such hopefuls.

Now the high-end graphics cards offer so much raw horsepower that gamers can easily get the advantage of a 360Hz refresh rate even when they are gaming at 1440p.

1. It seems that the PG27AQN’s chart-topping refresh rate and QHD resolution is enough. It has contained three key innovations in the liquid crystals display technology that provide the fastest response time at any monitor. The trio has been named as ultra-fast IPS technology. The crush motion blur gives the gamers such unprecedented clarity in the fast-moving battlefields.

2. It has an LCD panel through which light from the backlight passes along the array of liquid crystals and also has an RGB filter to generate an image on the screen. It has applied voltage to control the light asses for each pixel

3. This new ROG Swift PG27AQN  has been equipped with a new kind of liquid crystal that literally offers such higher birefringence and also lower viscosity do they can able to twist quickly

If you are a gamer then high ping is genuinely a problem for gamers, or the lag inherent to the network communications. These PCs are also an origin of potentially detrimental latency. The owners of the ROG Swift 360Hz PG27AQN  also can utilize the built-in NVIDIA Reflex Analyzer for quick checking of end-to-end latency. It will give some relief to the gamers.

This device provides such a smooth and clear motion display that gives a wide range of enthusiasts. The PG27AQN  is mainly an NVIDIA G-SYNC display that provides such super-smooth visuals and also a faster response with the variable overdrive.

This NVIDIA G-SYNC processor just provides an amazing experience without tearing, shuttering, or input lag. The variable refresh rate also can synchronize the refresh rate of the display along with the GPU so that you can get such a smooth and tear-free experience of gaming.

It features broad connectivity that has been made the  PG27AQN  a breeze for establishing. It basically offers a trio of HDMI 2.0 ports and also has a DisplayPort 1.4 connector.

This 360Hz refresh rate provides such exceptional low response time, and high resolution b 1440p panel, the 27 inches ROG Swift having 360Hz PG27AQN is standing ready on the arm for the most competitive esports gamers for the victory. This fastest ROG monitor offers unparalleled smoothness, clarity, and also high speed.