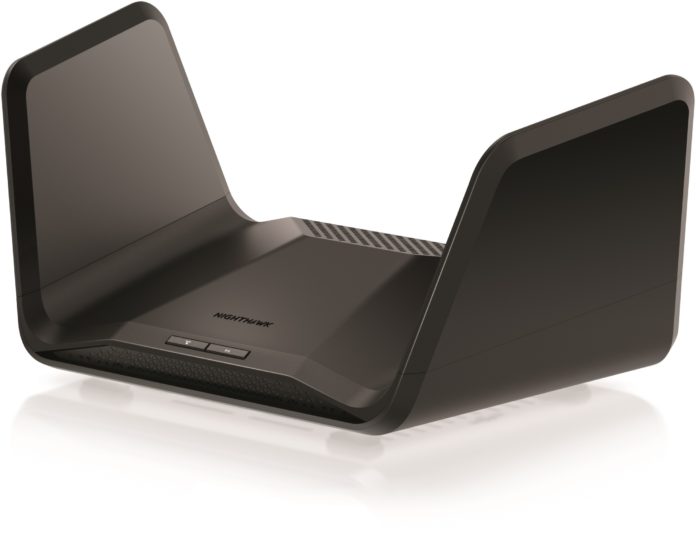 NETGEAR, the leading provider of award-winning connected products designed to simplify and improve people’s lives, today introduced a new router to its award-winning WiFi 6E line-up. Building on the success of the Nighthawk RAXE500, a 2021 CES Innovation Award honoree, the Nighthawk RAXE300 Tri-band WiFi 6E Router provides speeds up to 7.8Gbps while leveraging the new era of fast connectivity on the 6Ghz band, free of interference and congestion.

The pandemic has irreversibly accelerated the world’s dependence on WiFi as working, learning and video streaming from home has continued to place unprecedented demands on home WiFi networks. Devices in these ultra-connected households have been in a constant contest for bandwidth on crowded WiFi networks, stressing the need for the new, clean 6Ghz band. NETGEAR’s WiFi 6E offering helps to resolve these congestion issues by adding the previously unavailable 6GHz WiFi spectrum that can be used as an express lane to connect more devices with faster speeds and reliability.

A CES 2022 Innovations Award Honoree, the Nighthawk RAXE300 Tri-band WiFi Router provides a combined WiFi speed of 7.8Gbps along with the new 6GHz band for customers’ WiFi 6E devices and bandwidth-hungry applications at an exceptional value. With eight WiFi streams, this latest addition to the Nighthawk line of performance routers provides Gigabit+ WiFi speeds throughout homes of up to 2,500 square feet.

The router’s elegant design houses six pre-optimized antennas for unmatched WiFi signal strength, coverage and performance. It also has a 2.5 Gigabit Ethernet port that can be used to provide Gigabit+ Internet connectivity by connecting to an Internet modem or to connect on the LAN to a high bandwidth device such as shared network storage. There are also 5 more Gigabit Ethernet ports for wired connections to other home devices and IoT hubs. The RAXE300 complements NETGEAR’s current WiFi 6E offering for sophisticated smart homes which includes the RAXE500 and the recently announced Orbi Quad-Band Mesh WiFi 6E System (RBKE963), also a 2022 CES Innovation Awards Honoree.

Speaking about the launch, Marthesh Nagendra, Country Manager India, ME & SAARC, NETGEAR said, “In today’s scenario customers are looking to upgrade their home broadband services to speeds greater than 1 Gbps and they don’t want constricted speeds by older WiFi 5 connections to cause hindrance. To overcome these hassles, we at NETGEAR are offering our customers Nighthawk WiFi 6E routers to deliver Gigabit+ speeds to their WiFi 6 and latest WiFi 6E devices for the best performance possible.”

Adding to this year’s list of CES 2022 Innovation Awards Honoree is the NETGEAR Orbi 5G WiFi 6 Mesh System (NBK752) – the industry’s first 5G Tri-band mesh system. Already available for consumers, the Orbi NBK752 mesh system can be used for always-on broadband, whether as a primary Internet connection or as a backup when wired Internet services fail. Its flexibility is ideal for second or vacation homes, temporary worksites or anywhere wired Internet service is not required year-round. Tri-band WiFi ensures a dedicated WiFi connection between the router and satellite to deliver unrelenting speeds throughout your home, no matter how many devices are connected at the same time. And getting access to a 5G network is easy as it works with most major mobile service providers, including T-Mobile and AT&T.

NETGEAR Nighthawk RAXE300 Tri-band WiFi 6E router will be available within the first quarter of 2022 from companies official website and other resellers at an MSRP of $399.99.