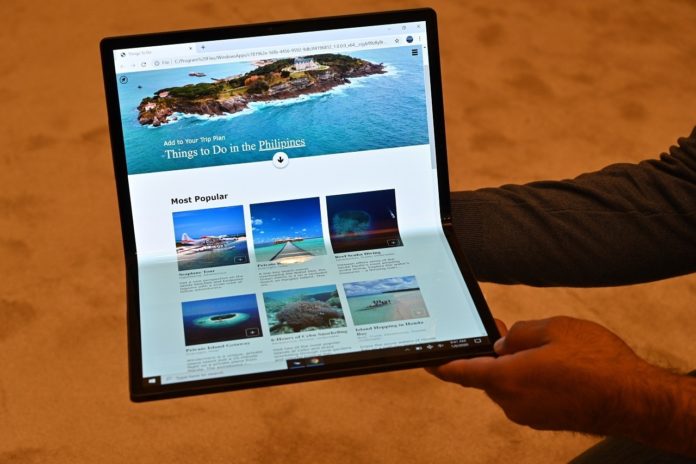 The Tech giant Intel has declared its third generation update for the latest, “Intel-Evo” certification program, at CES 2022, it also contains many latest requirements for better services like video calls for future devices, it also has been expanded the certification to add larger and more strong laptops with new foldable designs.

This latest Evo branding came in 2020 along with Intel’s 11th Gen Tiger Lake chips like a simple and easy way to be available for the customers to know that they had going to get a laptop that was checked such certain basic performance and also many experimental metrics.

We will like to share with you that specifically, it is providing one of Intel’s 11th Gen U-series or Y-series chips, this Evo-branded laptop had over nine hours of “real-world” battery life, just wake up from the sleep in “less than a second”, it also provides much faster charging that take four hours charging into 30 minutes, and also offer Wi-Fi 6 and Thunderbolt 4 support.

It is natural that the current announcement with 12th Gen Alder Lake chips, Intel is also developing the requirements for Evo approval: new Evo laptops that will also have to feature such latest Intel’s 12th Gen chips, of course, there is also many new requirements of “intelligent collaboration” for mandating the high-quality video conferencing experiences. This latest Evo standard also will mandate a least a 1080p webcam along with Wi-Fi 6E and Ai-Based audio boost to cut down the background d noise.

We will like to say that Intel is mainly extending the types of laptops on which they can offer the Evo branding. It seems that the Laptops with the company’s more hilarious H-series chips can also be now branding for the first time, with several requirements on top of the existing Evo rules, like they will have to use Intel’s upcoming discrete Arc graphics. Intel reveals that their goal is to supply a great experience for the content creators and also give such professional focus on the  Evo branding.

The most interesting addition is Intel is also introducing the third category of Evo certification for foldable laptops. The first Evo-approved foldable will hit the market in 2022.

Intel also declares that it will be extending its Project Athena program to desktops, beginning with the latest wave of 12th Gen Alder Lake chips that the company was declared at CES 2022. Intel mainly aims to focus on different experimental requirements, prioritizing things also like privacy and also sustainability.

A Storm for Christmas: The New Trailer has Destined for the Christmas Eve