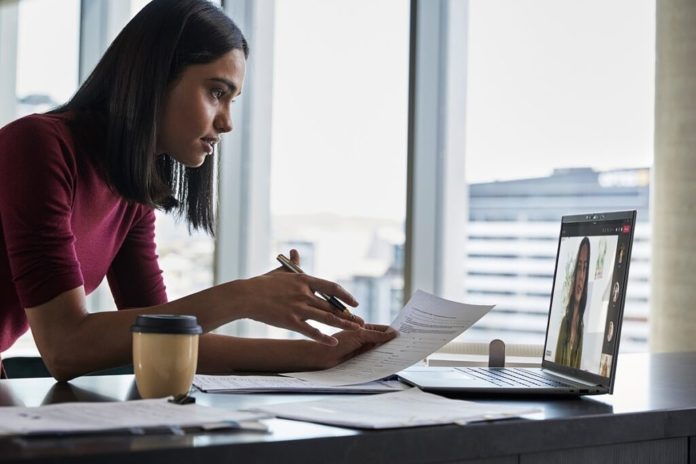 HP has announced a revamp of its Elitebook 805 notebooks, which will soon offer AMD’s Ryzen Pro 6000 processors and screens with a 16:10 aspect ratio, which is preferred by professionals who spend their days scrolling through documents. HP has also unveiled the Elitebook 605 series, which features more humdrum processors and screens (though that’s probably not such a bad thing for IT organizations buying dozens at a time).

The second asterisk refers to computer processors. The laptops will be outfitted with “latest AMD Ryzen multi-core processors,” according to HP, but it doesn’t specify which ones — only that they’ll be in the Ryzen Pro 6000 family. Because those processors were just announced today, it may be a long before we learn which variants will be available for the various Elitebooks in the 805 G9 series.

Wi-Fi 6E, Bluetooth 5.2, and PCIe Gen4x4 SSDs are supported in all sizes (though with a 2TB max listed in the spec sheet). Two USB-A 3.1 G1 ports (which is the ridiculous and slightly outdated name for the original USB 3.0 spec that runs at 5Gbps), two USB4 Type-C ports, an HDMI 2.0 port, a headphone/microphone combo jack, and a nano-SIM slot for if you’ve added the optional LTE modem — the I/O also appears to be decent.

The screens, on the other hand, may be a disappointment: while they have the desirable 16:10 aspect ratio, there doesn’t appear to be any way to upgrade them to a resolution higher than 1920×1200 (nor does HP make any mention of touch capabilities). While that resolution may be adequate for the 13-inch model (assuming you haven’t been spoilt by better screens in the past), it is insufficient for a 16-inch screen set to be introduced in 2022.

Depending on the laptop’s size and configuration, the battery will be 38, 51, or 76 watt-hours, although HP claims the new Ryzen chips deliver “amazing battery life” and “great performance.”

The Elitebook 645 and Elitebook 655, respectively, were also introduced by HP. The 605 G9-series appears to be less high-end than the 805 series; the laptops utilize a barrel plug for power (though USB-C is a possibility if you have a compatible power brick), and you can only get them with 14 or 15.6-inch screens, both of which are 16:9 rather than 16:10. They also come with earlier Ryzen 5000 processors, which aren’t bad at all.

The 605s are “destined to be an IT and user favorite,” according to the business, though users and IT departments don’t always agree. For example, if IT is purchasing a fleet of laptops, it may not want to spend the extra money on upgraded screens — but with this laptop, users will be stuck with a sub-1080p TN panel (the base screen has an unspecified “HD” resolution, while the next step up is an IPS screen with “FHD,” or full HD, resolution). While that style of display is still prevalent in professional laptops, it belongs in the 2010s — and has no place on PCs starting at $1,149.

However, upgrading to a 1080p screen improves the picture quality for these laptops (pun intended). There are three USB-A 3.1 Gen1 ports, one Thunderbolt 4/USB4, HDMI, ethernet, a combo headphone and microphone jack, and one Thunderbolt 4/USB4 port, just like the 805 G9 series. (The number of USB-A ports is based on HP’s photos; the spec documents for both the 645 and 655 states that there are two ports, one on each side.) The images don’t agree.) Both variants can be customized with up to 64GB of DDR4 RAM and an extra Gen3 NVMe SSD to complement the up to Gen4x4 main one.

According to HP’s press statement, the Elitebook G9 6-series will be available later this month, with the 805 G9s following in April. The cost of those will be revealed closer to the release date.

The Hundred 2022: Everything you need to know about the tournament