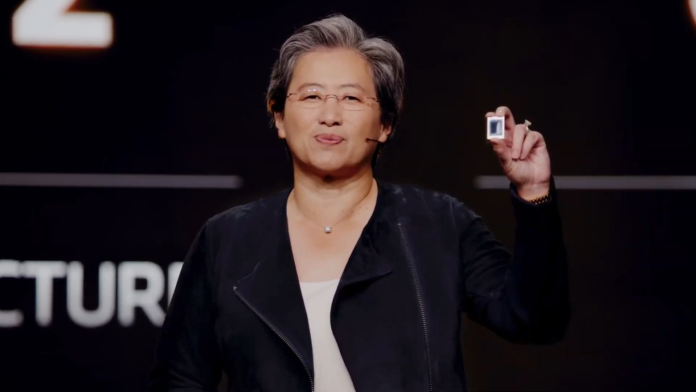 AMD’s Ryzen 6000 APU range is now official, and it will be available this year in both laptops and notebooks, featuring enhanced Zen 3+ CPU and RDNA 2 GPU cores.

The Ryzen 6000 APUs, codenamed Rembrandt, will be available in both Ryzen 6000H and Ryzen 6000U flavours, same as the previous generation of Ryzen 5000H and Ryzen 5000U ‘Cezanne’ lineup. The latest CPU/GPU IPs, such as the 6nm Zen 3+ core architecture and RDNA 2 for integrated graphics, will be included in these APUs.

The AMD Ryzen 6000 Series processors are based on an all-new platform and offer the most innovative technologies and features available to complement the power, efficiency, and outstanding graphics.

Within AMD’s Rembrandt-H family of notebook CPUs, the AMD Ryzen 9 6980HX and Ryzen 9 6900HX APUs will be the flagship offering. The processor will have brand new Zen 3+ cores, which are enhanced versions of the ones seen in the Zen 3 Cezanne range and will run at higher clock speeds thanks to the new 6nm design.

The adoption of the AMD RDNA 2 graphics architecture will be one of the most significant modifications in the portfolio. The Radeon 680M GPU, which has 12 Compute Units or 768 cores and is clocked at about 2 GHz, will be found in the top-tier SKUs. This will provide a significant performance boost over the Vega graphics. In addition, the APUs will be equipped with LPDDR4X and DDR5 memory for increased bandwidth.

AMD will introduce only two parts in its Ryzen 6000U ‘Rembrandt’ APU family for the U-series portfolio, which will be expanded later. AMD will renew some of its Ryzen 5000U chips under the ‘Barcelo’ name to fill the enormous gap left by previous-generation CPUs. Rembrandt will have a 6nm Zen 3+ and RDNA architecture, whilst Barcelo will have a 7nm Zen 3 and Vega architecture.

The Ryzen 5 6600 will have a base frequency of 2.90 GHz and a base clock of 4.5 GHz and will be based on the Zen 3 core architecture. A 6 Compute Units RDNA 2 graphics chip with 384 stream processors running at up to 1900 MHz will also be included in the chip. The chip’s TDP will be kept between 15 and 28 watts. Both chips offer a significant gain in clock speeds over their predecessors, with the 6800U and 6500U both boasting a 300 MHz boost and faster RDNA 2 GPUs.

All AMD Ryzen 6000 APUs come with the next-generation RDNA 2 GPUs, which support the FSR technology, which can help with gaming performance when using the iGPU. AMD demonstrated certain improvements in AAA games.

Team Red features such as Freesync Premium/Pro, HDR, HDMI 2.1, DisplayPort 2, and AV1 Decode will be available on all AMD Ryzen 6000 APU-powered laptops. Apart from that, technologies like AMD SmartShift MAX, SmartShift ECO, and Smart Access Graphics modes that were already present on last-gen Ryzen 5000 APUs have been improved to provide an even better AMD Advantage experience. In February 2022, AMD Ryzen 6000 notebooks are projected to be available.