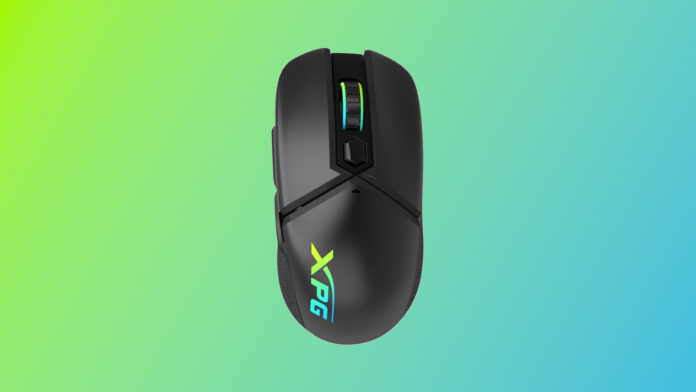 For the first time in two years, Adata’s Xtreme Performance Gear (XPG) brand will attend the Consumer Electronics Show, and they’ll be bringing a few interesting devices to show off, including a concept mouse that seeks to put a large library of games in the palm of your hand.

The XPG Vault is a wired USB-C gaming mouse with integrated solid-state memory of up to 1TB. Mice with built-in storage aren’t exactly new, but most just have enough room for a few unique profiles or macros. Others have existed that can replace a single USB flash drive, however, transfer speeds are frequently an issue. The XPG Vault’s storage is timed at 985 megabytes per second.

Unfortunately, Adata’s release was light on facts about the XPG Vault, so we don’t know anything about the optical sensor or the SSD. However, because Adata specializes in memory and storage devices, the storage is likely created by them.

In addition to Project Nighthawk and Project Blackbird, Adata has a couple of fascinating prototype PCIe Gen5 products in the works for CES. CES 2022 will be held in Las Vegas from January 5 to 8, 2022, with January 3 and 4 designated as press-only days.

Due to growing fears about the epidemic, several big IT companies, including Microsoft, Intel, Google, Lenovo, and Twitter, have already withdrawn from the in-person component. The in-person portion is still going on without them as of this writing, but don’t be surprised if that changes in the coming days.

ADATA to Unveil its Latest Products Inside an Immersive Virtual World