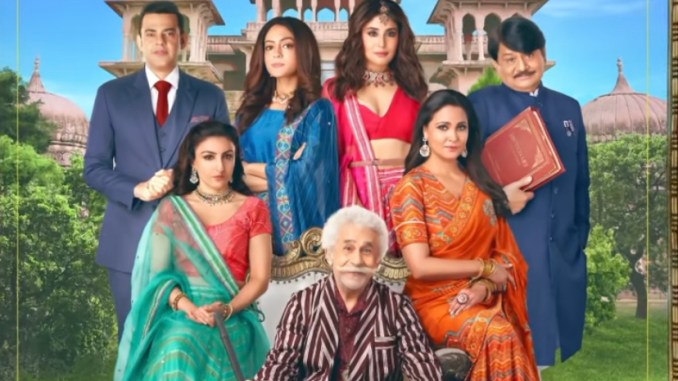 The trailer Lara Dutta & Naseeruddin Shah’s film ‘Kaun Banega Shekhawati’ has been released. Disney + Hotstar has currently managed for dominating the OTT streaming service within just a month of being released in India. After the film Arya of Susmita Sen, the streaming service has begun to work on some new interesting projects. They have recently been working on the upcoming comedy-drama Kaun Banega Shekhawati.

This is an upcoming project that is featuring some of the popular faces of the film industry like Lara Dutta, Kritika Kamra, Anya Singh, and Naseeruddin Shah. It seems that the casting of the project is mainly one of the popular and also the attractive cast about it. It has been said that the show revolves around the idiotic king and also about the four of the daughters.

It has also been said that the series is continuing with some resemblance from the Marathi movie, Rahwade, And Sons that had been released in 2015. Besides this, the makers also have been started the shoot of the movie after taking a long pause that had been taken due to the coronavirus lockdown.

Naseeruddin Shah was last seen in the Amazon Prime Video project, Bandish Bandit. He has got a lot of appreciation for the performance and also has been come in to play the role of the father. On the other hand, Lara Dutta, Kritika Kamra, and Anya Singh are also going to take up the role of daughters of Naseeruddin in the latest show. In this series, Nikhil Advani is going to make a digital debut with Kaun Banega Shekhawati and Gaurav K Chawla has also been roped for directing this project. He has also been spoken for Hindustan Times and exposed that he had  just been begun the shoot for the series on 25th August in Rajasthan

This Zee 5 Original show will release on 7th January 2022.