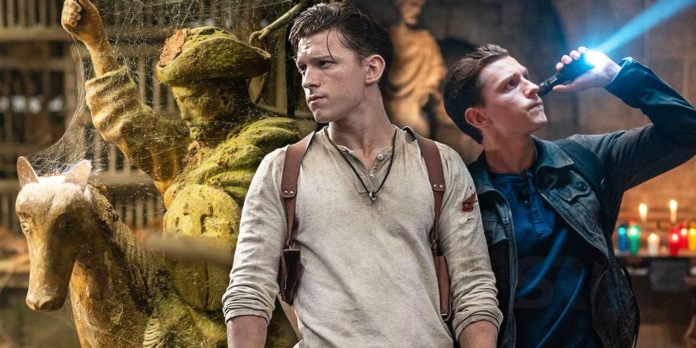 The second trailer of Tom Holland and Mark Wahlberg’s latest action-adventure film, Uncharted has been dropped. It seems that the film will be a nonstop thrill ride from the beginning to ending, and the new trailer has been provided with a new look into the Sony and PlayStation Productions movie that has been adapted the story of the successful game franchise having the same name.

This time there are also many new footages of Wahlberg and Tom Holland’s characters that have been revealed. They are playing as the head of a lifetime in search of the long-lost treasure. It also depicts some high-speed chases, booby-trapped puzzles, and also the ship battle in the middle of the air.

It will bring some mysterious and also deadly hunt for the treasure to life. It also contains many comedic scenes. It is a complete package of action and along with Holland and Wahlberg, we will see Sophia Ali, Tati Gabrielle, and Antonio Banderas. The director of Venom and Zombieland Ruben Fleischer is heading the production like the director, and it mainly revolves around the prior prices.

We will also expect that this film will contain such high flying, gun shooting antics and also perfect comedic banter timing. It seems that the aforementioned banter will come from the screenwriters Rafe Judkins, Art Marcum, and Matt Holoway, which is based on the story from the Judkins.

This film will hit theatres on 18th February 2022.