Will CES 2022 be cancelled due to Omicron? 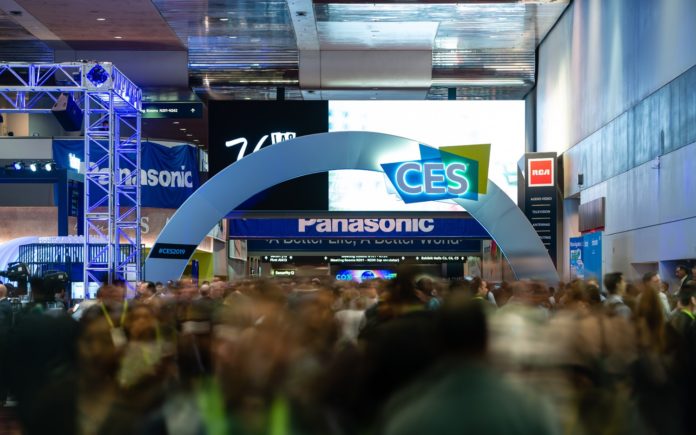 CES 2022 begins in precisely two weeks (January 5), but a surge in Covid-19 cases, as well as the looming threat of the Omicron version, has prompted Amazon, Meta (Facebook), Twitter, and Pinterest to withdraw. Meanwhile, Nvidia will focus on digital demos, while AMD and T-Mobile will have a smaller presence.

While CES 2020 was one of the final major trade shows to be presented in person, CES 2021 will be entirely digital. Attendees must present documentation of their Covid-19 vaccine, according to the organizers, and 2022 will be a hybrid show with in-person and digital aspects.

T-Mobile has been the most visible exhibitor to pull out so far. One of the featured speakers at the Consumer Electronics Show, CEO Mike Sievert, announced publicly on Tuesday that he would no longer be giving a keynote and would “significantly limit our in-person participation.”

However, it appears that some companies are not taking adequate precautions, particularly in light of Omicron. Due to the “quickly shifting situation and uncertainty around the Omicron variant,” Amazon and its subsidiary Ring will no longer have a physical presence at the show, according to Bloomberg.

In light of a new wave of COVID-19 cases in the US, big tech journals like The Verge, CNET, Engadget, Gizmodo, TechCrunch, TechRadar, and Tom’s Guide have all indicated this week that they will not attend this year’s Las Vegas exhibition. T-Mobile, on the other hand, was the first major attendee to drop out, with businesses like Twitter and even Meta having a much smaller presence at the expo overall.

“T-Mobile will continue to serve as a CES sponsor and title sponsor of the DRL Championship Race but the vast majority of our team will not be travelling to Las Vegas,” reads the company’s press release. “Additionally, T-Mobile CEO Mike Sievert will no longer be offering a keynote in-person or virtually.”

AMD and Samsung are still planning a restricted presence, Nvidia will hold a virtual-only keynote, while Qualcomm, OnePlus, and HTC are all intending to attend, according to Bloomberg. Sony, Samsung, and Google are all described as “watching local conditions,” which could be interpreted as a meaningless platitude but also provides an easy escape if the conditions alter.

The Consumer Technology Association, which organizes CES, announced on Tuesday morning that it will continue to hold an in-person event. “At this time, we’re focused on having this show and doing it safely, as well as putting in place the necessary protocols to guarantee that people feel comfortable with it,” a CTA executive told Adweek.

we recently received 42 exhibitor cancellations (less than 7% of our exhibit floor), since last Thursday, we’ve added 60 new exhibitors for our in-person event. Registrations for both our digital access and our Las Vegas event are continuing to show strong momentum, with thousands more registrations in the last few days.

CES 2022 will go forward as an important innovation for world health and safety, mobility and solving problems will be exhibited. Furthermore, thousands of smaller and medium-sized companies rely on CES for their business. We have increased our official count to over 2200 exhibitors and as announced yesterday many of our top elected officials from both political parties will be at CES.

Given CES’ comprehensive health measures — vaccination requirement, masking, and availability of COVID-19 tests — coupled with lower attendance and social distancing measures, we are confident that attendees and exhibitors can have a socially distanced but worthwhile and productive event in Las Vegas, as well as a rewarding experience on our digital access.

What’s alarming is how closely this is resembling Mobile World Congress in 2020, when some significant names dropped out before the event was eventually cancelled. CES 2022, on the other hand, is unlikely to suffer the same fate. The worst-case scenario is that the entire exhibition, like CES 2021, becomes an entirely virtual event.