EXCLUSIVE INTERVIEW: Ashutosh Verma, Founder of Exalta India tells us about the future of renewable energy and the Magic Inverter 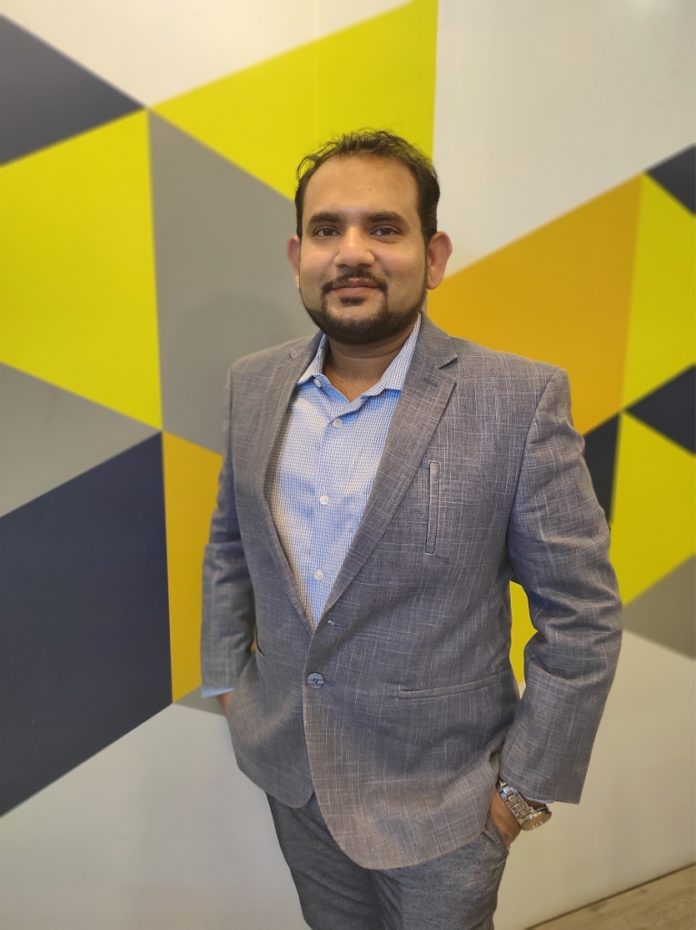 Oxy Neuron India is a startup incubated at SIIC (Startup Incubation and Innovation Centre) of IIT Kanpur with triumphant innovations of oxygen, hydrogen and nitrogen-based original indigenous medical and agricultural products. The founder of Oxy Neuron, Mr Ashutosh Verma, over a span of 14 years, has worked with various government and non-government agencies across industries like Hydro Science, Cyber Security, Clean Energy, Artificial Intelligence, Robotics, Forensics and more. As a clean energy scientist and researcher, he has worked extensively on oxygen and hydrogen. Oxy Neuron India is also conferring with government bodies and hospitals concerning the supply of oxygen devices and plants.

The Lipon Inverter is a new and innovative device which helps to store electricity and reduce carbon footprint at astronomical levels. Such innovations are the need of the hour especially in rural India which need much of attention. The magic inverter is expected to solve the issue of electricity backup in rural India. This is capable of revolutionizing the industry in the future ahead. We have received our first order of Magic Box Inverter from Tesla Power USA.

Magic Box Smart Inverter is a revolutionary invention for times of power cuts and blackouts as an advanced level of inverter for both urban and rural areas. After multiple iterations of testing and refining the base design, the teams have built the final product.

In an exclusive interview with TechnoSports, Ashutosh Verma, Founder of Exalta India tells us about the future of renewable energy andf the Magic Inverter

– Exalta India’s Oxy Neuron India Pvt Ltd is a startup incubated at SIIC, IIT Kanpur and we have launched our one of a kind “Magic Box Inverter” which is a lithium wall mount portable smart inverter with a new way of energy backup solution first time in India. Magic Box Smart Inverter is a revolutionary invention for times of power cuts and blackouts giving almost double battery backup, Lipo4 long-lasting inbuilt battery, IoT based, as an advanced level of inverter in times of power cuts and blackouts for both urban and rural India. It gives almost double battery backup with 94% more efficiency in comparison of market transformer based available inverters,15 Year Battery Life and can be used as a EV charging station

The Lipon Inverter is a new and innovative device which helps to store electricity and reduce carbon footprint at astronomical levels. Such innovations are the need of the hour especially in rural India which need much of attention. The magic inverter is expected to solve the issue of electricity backup in rural India. This is capable of revolutionizing the industry in the future ahead. We have also received our first order of Magic Box Inverter from Tesla Power USA.

The versatility of renewable energy could help in remote areas away from constant electric fluctuations leading to inadequate care. This would permit patients in isolated areas to avail cutting-edge, life-saving medical technologies and have a self-sufficient electric framework to power the same. A research by CEEW showed that, on average, health facilities with solar power panels attended up to 50% more out-patients each month, handled up to 50% more institutional deliveries and accepted a more significant number of in-patients. About 98% of staff reported lower disruptions in day-to-day functioning and 80% reported savings in electricity costs.

The constant surge in petroleum prices has increased demand for electric two-wheelers and e-rickshaws, especially in rural and urban India. One of the major factors leading to carbon emission is expensive conventional fuel for transportation. To counter these, two-wheeler electric vehicles like E-Scooter and E-Rickshaws are already being widely adopted. The idea of cheaper mobility can have both productive and social benefits. It can enable more people to take up transportation as an earning option, due to lower operating costs. From helping lower the transportation cost of a small business to helping someone reach a remote school for basic education. With low maintenance cost, zero pollution and as an extra energy to the grid, EVs are emerging as the perfect solution to multiple challenges in rural India. A supply line powered by renewable energy here will go a long way in driving this positive change further.

New age technology can help agriculture further by better water management, fertilizer, pesticides and by making technology itself cheaper.  IoT along with renewable energy has a huge role to play in farming allowing remote use and control for the farmer when it comes to issues like irrigation. For Eg Solar pumps can provide reliable irrigation facilities in rural/remote areas of the country to replace the existing diesel pump used for irrigation. If we combine IoT solutions to the same that can control the exact amount and timings of water irrigation, checking soil humidity makes it hassle-free even from remote locations. Technology can also pave the way for an idea like organic farming which is considered a costly privileged practice in India. There are also clean nitrogenated watering devices that are much more organic and cost-effective. Various solar products like Solar portable inverters, solar portable cold storage and heat pumps are proving to be of immense help in many varieties of organic farming.

– As a clean energy innovation company we believe research and development in these three essential elements is the future with solar as a self sustaining energy source, hydrogen as a fuel for future, oxygen as a healthcare necessity and nitrogen in agriculture. The government has been supporting the Solar and Hydrogen energy-based products market to a great extent with schemes like RPO(Renewable Purchase Obligation), JNNSM (Jawaharlal Nehru Solar Mission), National Hydrogen Mission etc paving the way for a clean energy future. Solar energy harnesses clean, pure, and renewable power from the sun by also reduceing carbon footprint and greenhouse gases worldwide. Exalta India offers a range of domestic appliances like solar split ACs, window ACs, solar water pumps, water purifiers, freezers and various products to its customers with almost no electricity need.

Hydrogen is one of the most sustainable fuels in the world with no residue or climate-harming impact. Together other renewable sources like solar and wind energy can run electrolyzers that convert water into hydrogen making it more green to environment. We are developing hydrogen based alternatives for all our heavy energy based products for the same.

Covid has made us realize the value of something which was all around us but still couldn’t secure properly in times of need. A water-based pure oxygen concentrator/ therapy machine providing clean oxygen just out of water unlike other concentrators. It’s cost-effective and also practically convenient with zero dependence on the vendors for filling of Oxygen Cylinders back and forth in a lockdown. We are also working with hospitals to make sustainable oxygen plants as part of their infrastrusture.

There is an urgent need for scientific research to support better nitrogen management and organic farming in Indian agriculture. The global nitrogen cycle has been strongly altered by human intervention, leading to environmental concerns. Nitrogen must be in a reactive form for crop production but there is a use of toxic and unreactive nitrogen for fertilizers. Our many products including our Nitrogenated Watering Device is set to replace the market’s urea-based fertilizers which are costly and have wide adverse effects.

Previous articleWill CES 2022 be cancelled due to Omicron?
Next articleHere’s something crazy about the upcoming Asus ROG Mothership GZ700