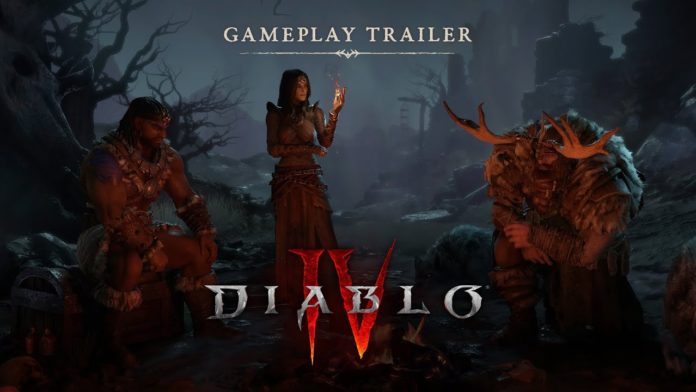 Diablo IV will include a brand-new endgame growth system known as the Paragon Board, which is just one facet of the next action RPG that will boost character power beyond merely accumulating more powerful gear. A new Diablo IV quarterly update contains information about the Paragon Board system, as well as itemization and visual effects.

According to Blizzard’s blog, the impending next instalment in the iconic ARPG game will place a greater emphasis on character power obtained through player actions during levelling up, rather than a character’s strength being mostly determined by the gear they have equipped.

Introducing The Paragon Board

The new Paragon Board system can help with that. Players will earn Paragon points as they continue to play and gain experience after reaching level 50 on a character. With those points, players can begin unlocking various tiles on the Paragon Board, each of which grants different passive bonuses. Some of the board’s tiles, such as the Normal and Magic tiles, will provide small stat bonuses.

Other tiles, such as Rare tiles, can provide bonuses to specific skills and increase potency once certain conditions are met. Finally, after the first Paragon Board, each subsequent Paragon Board has a Legendary tile in the centre that, once unlocked, grants a powerful new legendary ability. Glyphs, which are items discovered through play that allow for further customization, can also be added to tiles.

Once players have progressed through a board and reached one of the board’s perimeter gate tiles, they will be able to choose a new board to progress through. Each board is different in terms of layout and tile selection. The Paragon Board system is just one of the ways Blizzard plans to give players more control and customization over how their characters perform and play, though the developer didn’t go into detail about other ways it plans to achieve its goal of giving characters more power outside of itemization.

When it comes to itemization, the quarterly update covers it as well. Diablo IV will see the reintroduction of the +Skill Rank affixes, allowing players to directly increase their primary skills by acquiring certain pieces of gear, which will excite Diablo II aficionados.

“As players invest points in skills, they grow in potency, and finding items with +Skill Rank can speed that along,” writes Diablo IV lead systems designer Joe Piepiora. “As a bonus, when the player equips an item with +Skill Rank for a skill they haven’t learned, they will have access to that new ability. It’s a great way to try out new skills before you’re able to invest in them. Getting a lucky drop that nets you a skill you’d like for your build ten levels before you would otherwise have access to it is a huge boost!”

Legendary items in Diablo IV have been updated, allowing legendary powers to appear on multiple item slots. The Occultist, a new NPC, can transfer legendary powers from one item to another. Pieper writes that certain enemy types in the game will have a higher chance of dropping specific types of new items when it comes to looking for specific types of new items. In comparison to other enemy types, bandits will drop more maces, crossbows, and boots.

“Moment-to-moment gameplay is the focal point within the composition of Diablo IV: it should draw your attention,” Briggs writes. “To achieve this, we must consider things like player skills, monster telegraphs, traps, damage areas, and character states. The visual effects for each of these components must be readable in all areas and lighting conditions, so you can quickly understand what is happening and use that information to make informed decisions.”

According to a recent Activision Blizzard earnings call, Diablo IV, which has never had an official release window, is now expected to arrive even later than originally planned. The game’s postponement came amid Activision Blizzard’s ongoing fallout from multiple sexual discrimination and harassment lawsuits and investigations. Joe Shely, the game’s new director, recently joined the team.

Call of Duty Mobile Season 8: Everything you need to about the launch date and other details