Oppo Find N announced with a 7.1″ foldable display, virtually no gap, and a good camera 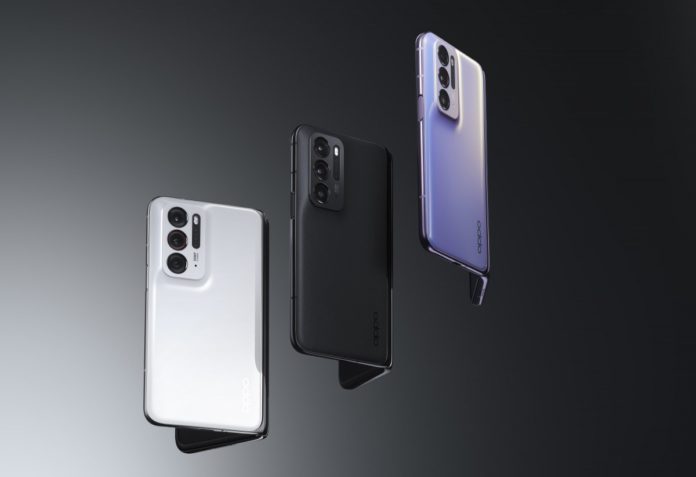 Oppo took its sweet time while designing its first foldable phone, it went through six iterations over the last four years. But finally, the Oppo Find N is here and some of the design choices make it stand out in a market that has begun to fill up with competitors.

A major difference is that Oppo stuck with reasonable aspect ratios, starting with 18:9 for the outer screen, making the inner one 8.4:9 (slightly narrower than a square). To put that in perspective, the Galaxy Z Fold3 has a 25:9 outer display, the Mi Mix Fold has a 27:9, while the Mate X got closest to a regular phone ratio of 19.5:9.

It is not just the aspect ratio, though it does have a major impact on usability as some apps do not look great on extremely tall and narrow displays. Oppi has gone smaller than its competition.

The Find N has a 5.49″ outer display and a 7.1″ inner screen. This puts it in between smaller flip phones and larger horizontal foldable.

The Flexion Hinge is not a simple piece of clockwork, it has 136 components, but it achieves two important tasks, first, it folds the display with a teardrop shape at the fold, making the crease 80% less noticeable (as per TUV) and secondly, it eliminates the wedge-shaped gap between the two halves when the phone is folded, which the current market-leading design cannot say.

The hinge also enables something dubbed as FlexForm Mode. Essentially, the hinge can hold the two halves at any angle between 50-degree and 120-degree, allowing the phone to act as its own tripod for long video calls or time-lapse photography.

If we take a closer look at the specs, the display has a custom Serene Display with 12-layers. It adapts the so-called Flexion Ultra-Thin Glass, which is much thinner than its competition- 0.03mm Vs 0.6mm. This makes it way more flexible, TUV-verified testing has proved that there will still be no sign of any crease after 200,000 foldings.

The main layer of the display is LTPO AMOLED, which can adjust its refresh rate between 1Hz and 120Hz to match the content you are viewing while the Touch Sampling rate of the device can go up all the way to 1,000Hz.

Oppo has calibrated the color rendering and brightness of both the inner and outer displays. They have the capability to hit a peak brightness of 1,000 nits, but it is graduated in 10,240 brightness steps, so you will always get the perfect brightness in all lighting conditions.

The Oppo Find N is powered by the Snapdragon 888 chipset with 12GB LPDDR5 RAM and nearly 512GB UFS 3.1 storage.

While the device supports the regular split-screen multitasking gestures, Oppo has enabled a two-finger swipe down that splits the screen or you can also use a four-finger pinch to turn a full-screen app into a floating window.

Also, the transition between an app on the outer screen and the inner screen is as smooth as butter.

The device is equipped with a total of 5 cameras, three on the back and two selfie cameras, one on each screen. Since the device is a foldable one, you can use the main cameras for selfies as well.

Speaking of the wide camera, there is a 50MP Sony IMX766 sensor, a 16MP ultra-wide lens, and a 13MP telephoto lens.

The device has a 4,500mAh battery, which is impressive given its size, and it supports wired and wireless charging. It supports 33W SuperVOOC and 15W AirVOOC, along with 10W reverse charging.

Unfortunately, Oppo does not plan on launching the Find N in overseas markets.

What are your thoughts on Oppo’s first foldable device?