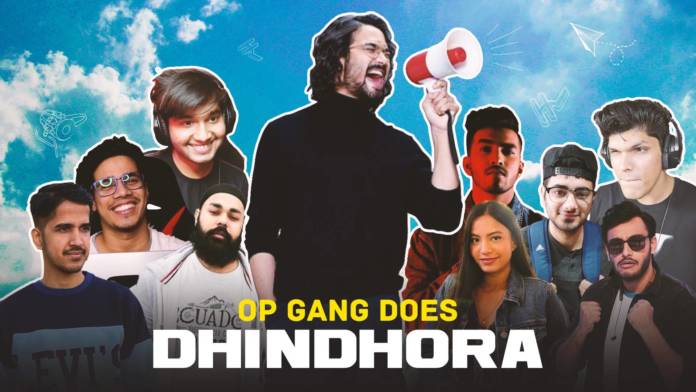 2021 has been a golden year for the gaming community. The majority of gamers saw nearly 10X growth in terms of revenue and numbers, and many non-endemic brands partnered and collaborated with gamers. YouTube Gamer Mythpat’s recent collaborations with non-endemic entertainment brands like Marvel Studios, Netflix, and Spotify were the major outbreaks in the gaming and entertainment industry this year. It is collaborations like these that serve to be a true testament that the mainstream entertainment community is willing to unleash the power of gamers and gaming content creators.

Talking about this collaboration between OpraahFx gamers and BB ki Vines Productions, Pranav Panpalia, founder, OpraahFx, said: “Representing India’s leading gamers and gaming content creators, I am excited to be able to facilitate a collaboration of such high entertainment value for the masses. It was an interesting opportunity to bring India’s leading 10 gamers with the country’s biggest digital celeb, Bhuvan Bam. It is with collaborations like this, that we at OpraahFx are aiming to build an ecosystem wherein creators come together to promote, uplift, and celebrate each other’s content, journey, and milestones. Look forward to creating a high-spirited and supportive community of digital content creators in India.”

Having collaborated with India’s leading gamers to celebrate the success of Dhindora, Rohit Raj, co-founder, BB Ki Vines Productions, said: “It has always been a pleasure collaborating with OpraahFx. We share a kindred ideology when it comes to creating content and entertaining our audiences. I’m glad that Bhuvan and the gamers were successful in doing so at yesterday’s live stream. Looking forward to more such unique and magnificent associations.”

Talking about the fun live gaming experience, Bhuvan Bam, said: “It was really fun collaborating with these amazing gamers. I haven’t had a more amusing Skribble game ever. This was the best way to celebrate Dhindora’s latest episode, with the gaming community who have been one of our biggest supporters throughout.”

Dhindora: Bhuvan Bam’s debut series; All details about the trailer and release date