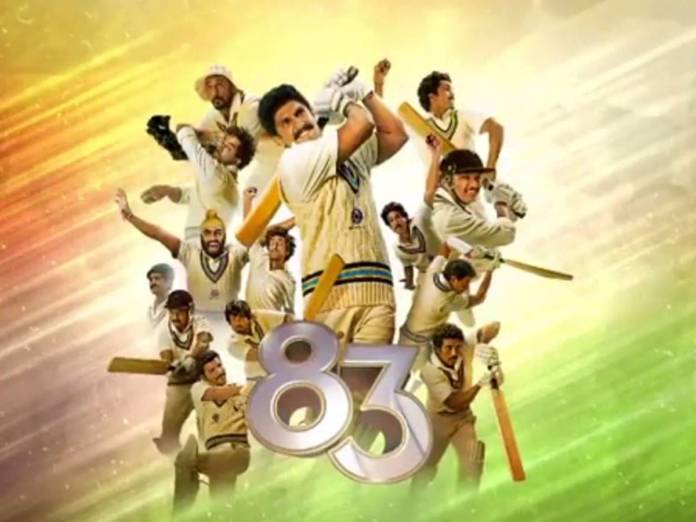 83, the biographical upcoming movie’s teaser is out now. After a long wait, the teaser was released today i.e. on 26th November 2021. But the teaser is of only a few seconds and at this moment all we can see is of an edge-of-the-seat. The teaser shows us the World Cup-winning ball where Madan Lal bowled to Vivian Richards and Kapil Dev has taken the catch. At that moment, India has secured its position in world cricket, which is still cherished by the country.

Here we present the teaser:-

Kabir Khan has shared about the shooting at the Lord’s stadium and has said in an interview with Mumbai Mirror that, “We shot for five days at the Lord’s stadium in London, entering the members-only Long Room where no camera had ventured before, the dressing rooms and locker rooms, then, stepped out on the balcony where the World Cup was presented to Kapil sir. And guess what? They brought out the real World Cup for Ranveer too. Overwhelmed, he broke down when I shouted ‘Cut’.”

83, it has recorded the journey of the Indian cricket team as they have won their first World Cup in England. The film 83, was initially scheduled to be released in April 2020, but due to Covid-19, everything has come to a halt. Some rumors have come to hear regarding its OTT release, but the makers have held off releasing the sports drama on a streaming platform.

83, the upcoming biographical sports drama is going to be released in cinemas on 24th December 2021.