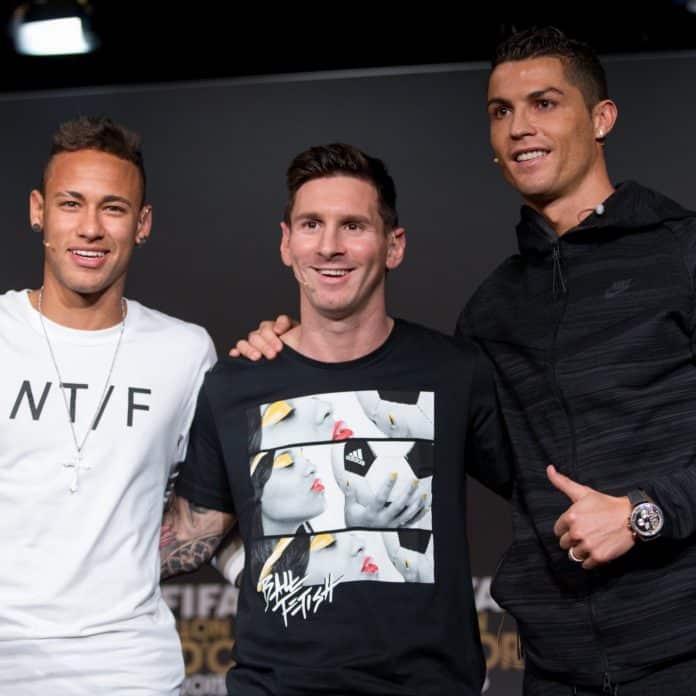 The top football clubs sign some of the best football players for a huge sum. It may be surprising to see them spend so much money on a player. But apart from the signing fee and the wages, the clubs almost make more profits from that player’s shirt sales and endorsements. Clubs get commissions from their brand partner depending on the number of shirt sales.

This also comes with the huge advantage the player brings on the football pitch. If he helps the club to win trophies, the club’s image grows and more money is made. So signing a player for a huge transfer fee is part of a bigger plan.

So here we will be taking a look at the top 10 shirts which have made the most profits for their clubs.

When Neymar moved to Paris Saint-Germain in 2017 for $264m, it sent shock waves through the football community. This was the biggest transfer in football history by quite some time.

Imaging Lionel Messi in a shirt other than Barcelona was almost unimaginable but the impossible thing happened as Messi joined PSG in 2021 when Barcelona couldn’t renew his contract due to financial problems.

When one of the world’s best footballers signs for a club, it is destined to create massive hype. Messi’s No 10 shirt was sold at a 50% higher rate than Neymar, but despite the fact it sold 1,50,000 in just 7 minutes from their website. PSG later claimed that this was their best shirt selling start in history.

After 9 successful years at Real Madrid, Cristiano Ronaldo left the Spanish club and joined Juventus in 2018. He was signed to win the Champions League for the Italian club, however, that story remains incomplete.

Juventus sold 5,20,00 Cristiano Ronaldo’s No 7 shirt within the first 24 hours which amounts to around $60m.

Cristiano Ronaldo made a fairytale return to his boyhood club Manchester United, where he truly turned into one of the world’s best. Ronaldo returned to Manchester in 2021 and the comeback story has been a massive hit.

It is reported that around $44.5m amount was made in the first 24 hours only from Cristiano Ronaldo’s No 7 shirt at Manchester United. It is the best selling shirt in Premier League history.